I am embarrassed to say it but I have lived in New York City for 11 years now, and I have never been to Coney Island.  I’ve heard plenty about this neighborhood in Brooklyn at the end of the D,N,Q, & F Subway lines.  Of course, it is known for the hot dog eating contest (gross!) that happens every Independence Day weekend, the crowded beach, boardwalk, NY aquarium, and amusement park.  Oh and there is also the Mermaid Parade, which I have heard is crazy but a lot of fun.

Now, until March 13th, 2016, you can get a dose of Coney Island summer fun at the Brooklyn Museum. 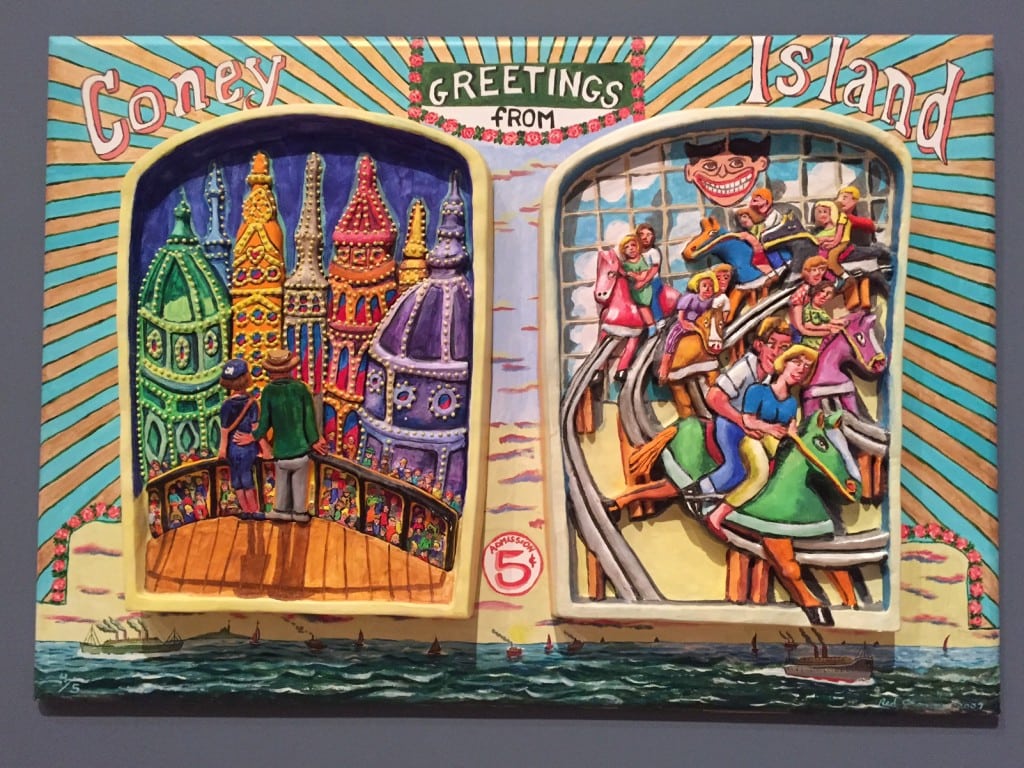 The exhibit shows the history of Coney Island and how this icon of American culture changed over the years.  There are 3 separate areas of the exhibit:

I started with the Forever Coney section, since it is located in the elevator lobby.  There are 42 black and white photographs showing Coney Island from just after the Civil War until the turn of the twentieth century.  It was interesting to see what the area used to look like and also see how much fashion has changed. 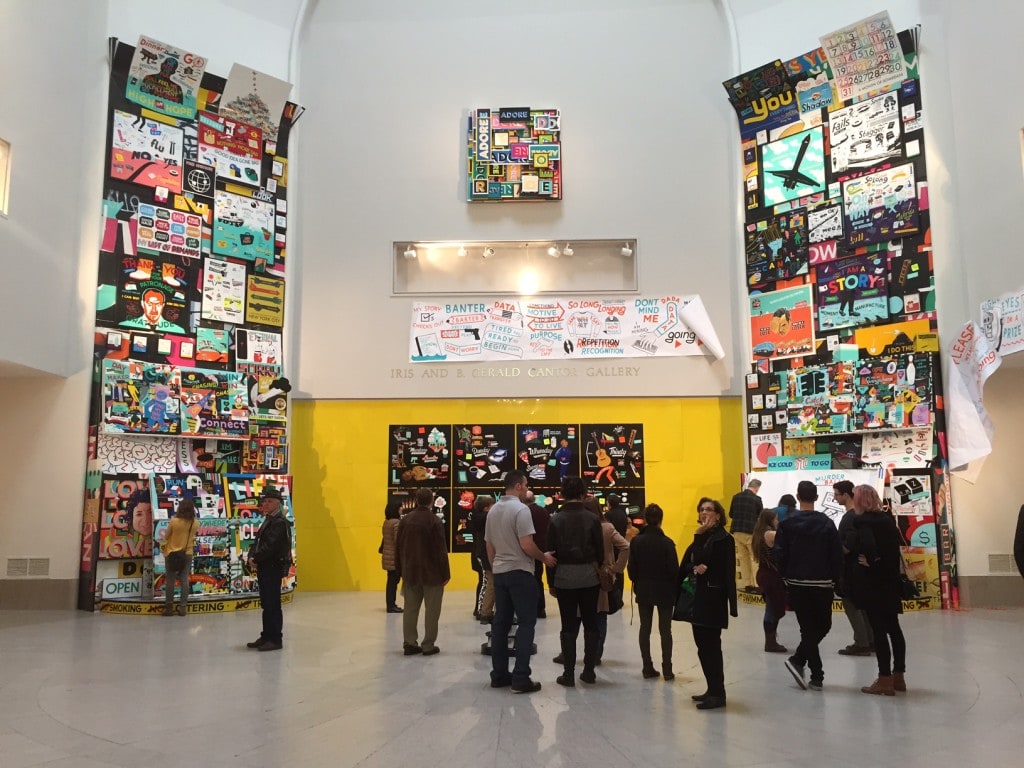 A view of Stephen Powers: Coney Island is Still a Dreamland

The Stephen Powers portion is only one room as well.  It is an art exhibit with signs and artwork painted in the style that you would see in Coney Island.  Visually it is very appealing and I really loved the bright colors.  A little bit of warmth in the middle of the winter! 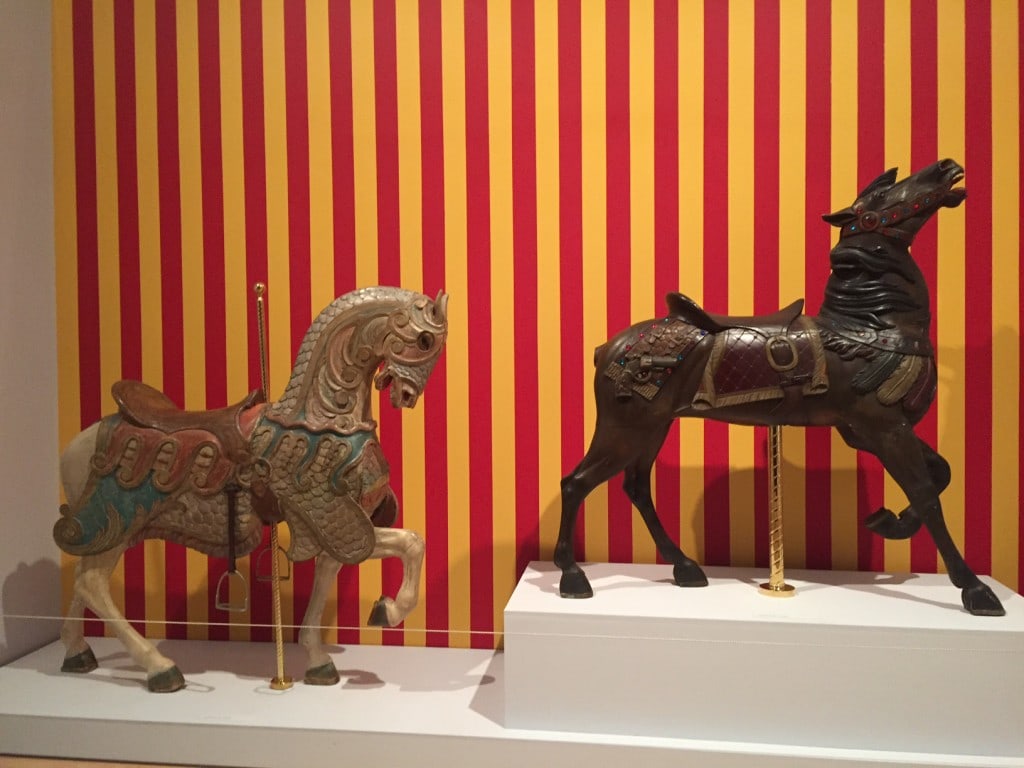 The main section of the exhibit had some art pieces from Coney Island like horses from the carousel and other signs.  It was interesting to think about how pieces from an ordinary life can end up being pieces of art in a museum!  In addition, there were also some very impressive paintings of the area.  Since I am a beach person, I really enjoyed the ones that showed the beach, even if it did also seem to be full of people. 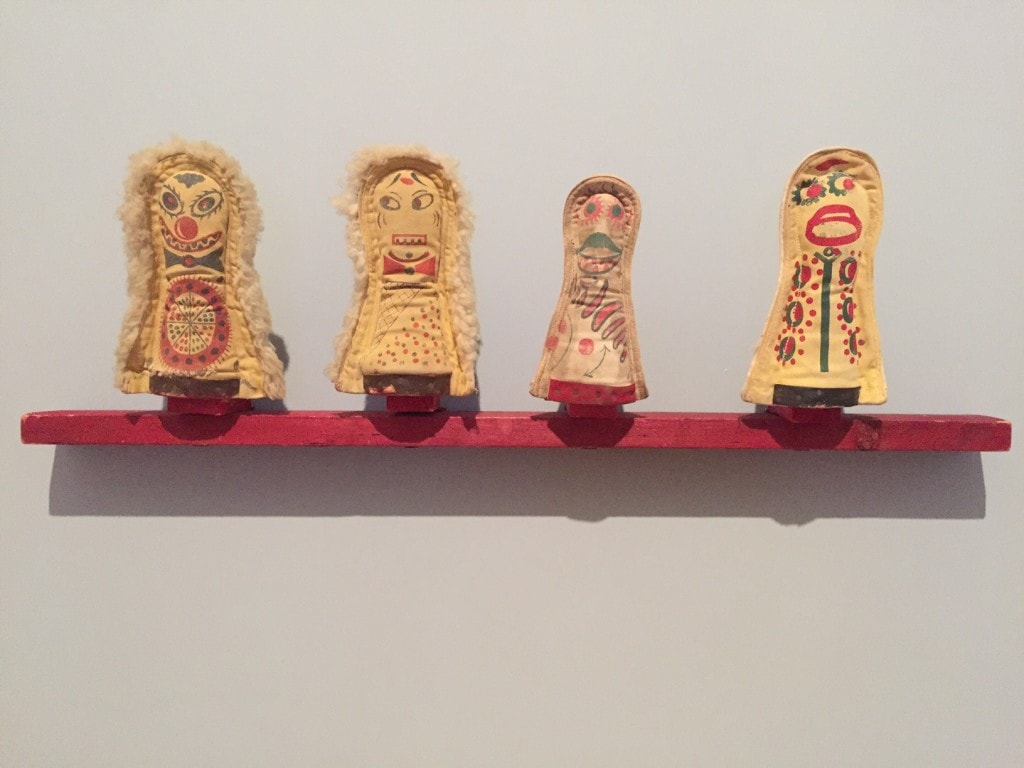 Pieces from a carnival game from Coney Island 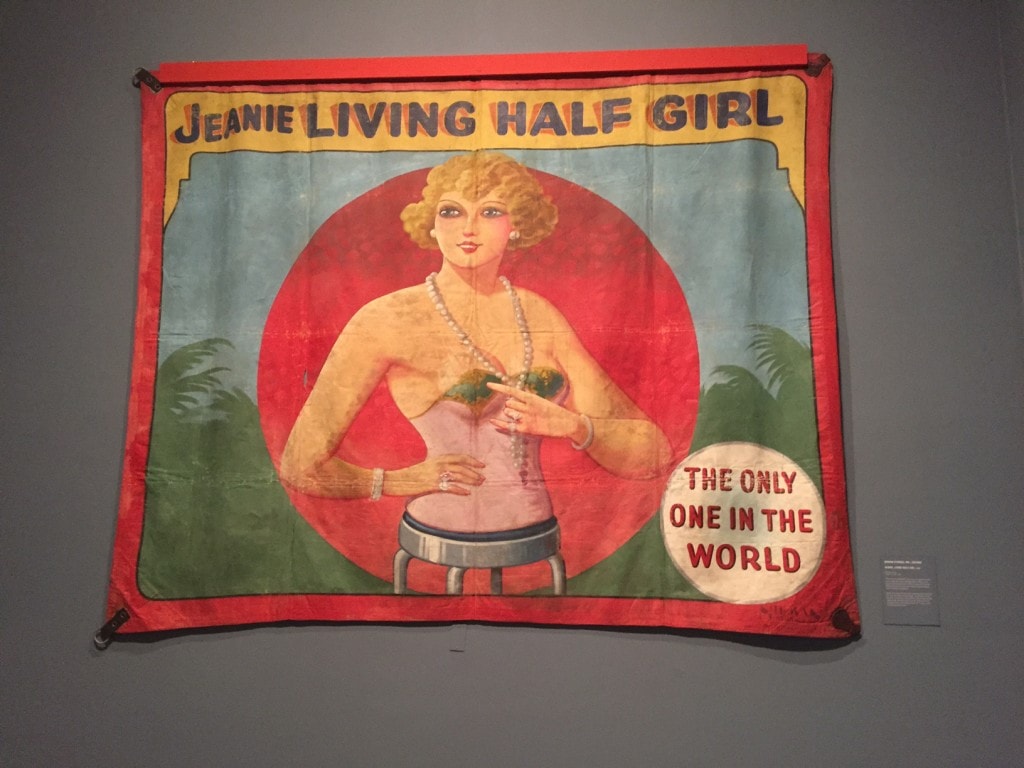 A banner from Coney Island

So after I finished visiting the exhibit, I decided to see more of the museum (more on that in a later post) and I ran into a friend totally randomly.  I love how often that happens in NYC! She was with a gentleman, but she called out to me to say hi.  I was surprised to see her.  We chatted for a few minutes and I told her that she really needed to visit the Coney Island exhibit on the 5th floor.  She didn’t introduce her friend to me, so of course, that was a dead giveaway that it was a date.  Probably not a good one.  I ran into her again as I was leaving the museum and she said that seeing the Coney Island exhibit was the highlight of her visit. 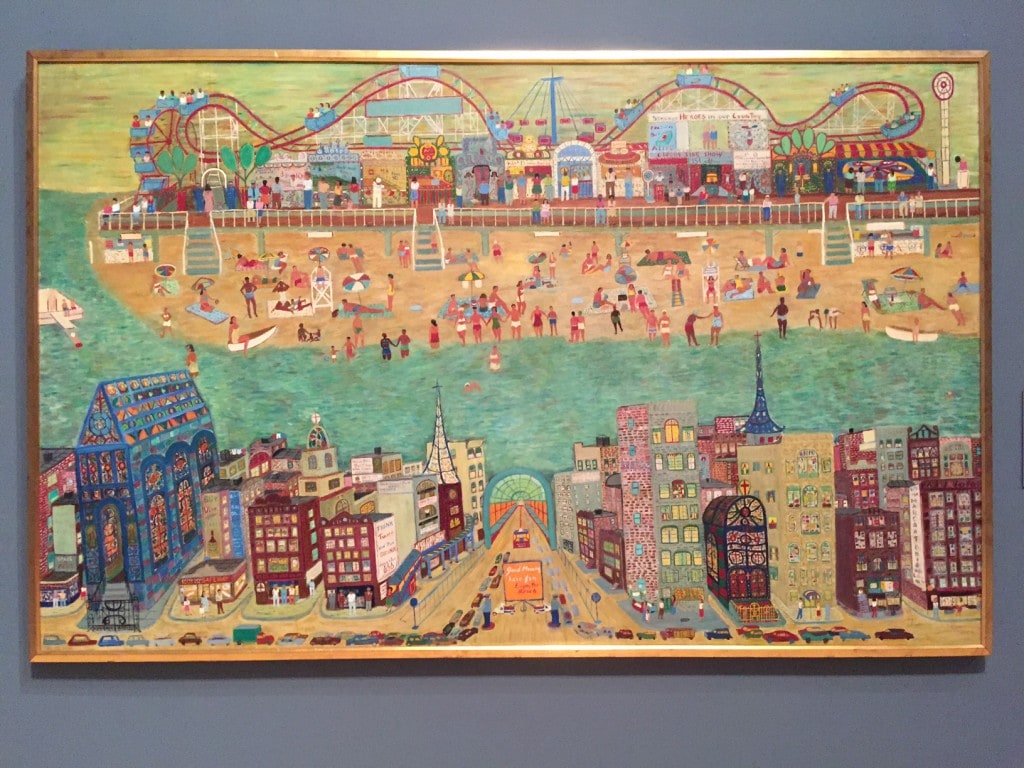 So hurry up summer! New York winter has gone on long enough.  I am looking forward to finally visiting Coney Island.

Have you ever been? I would love to hear your tips! 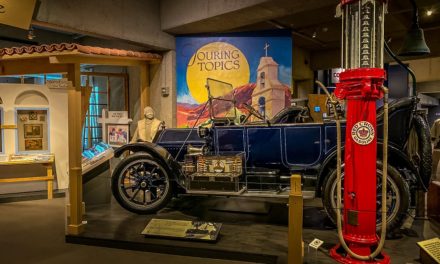 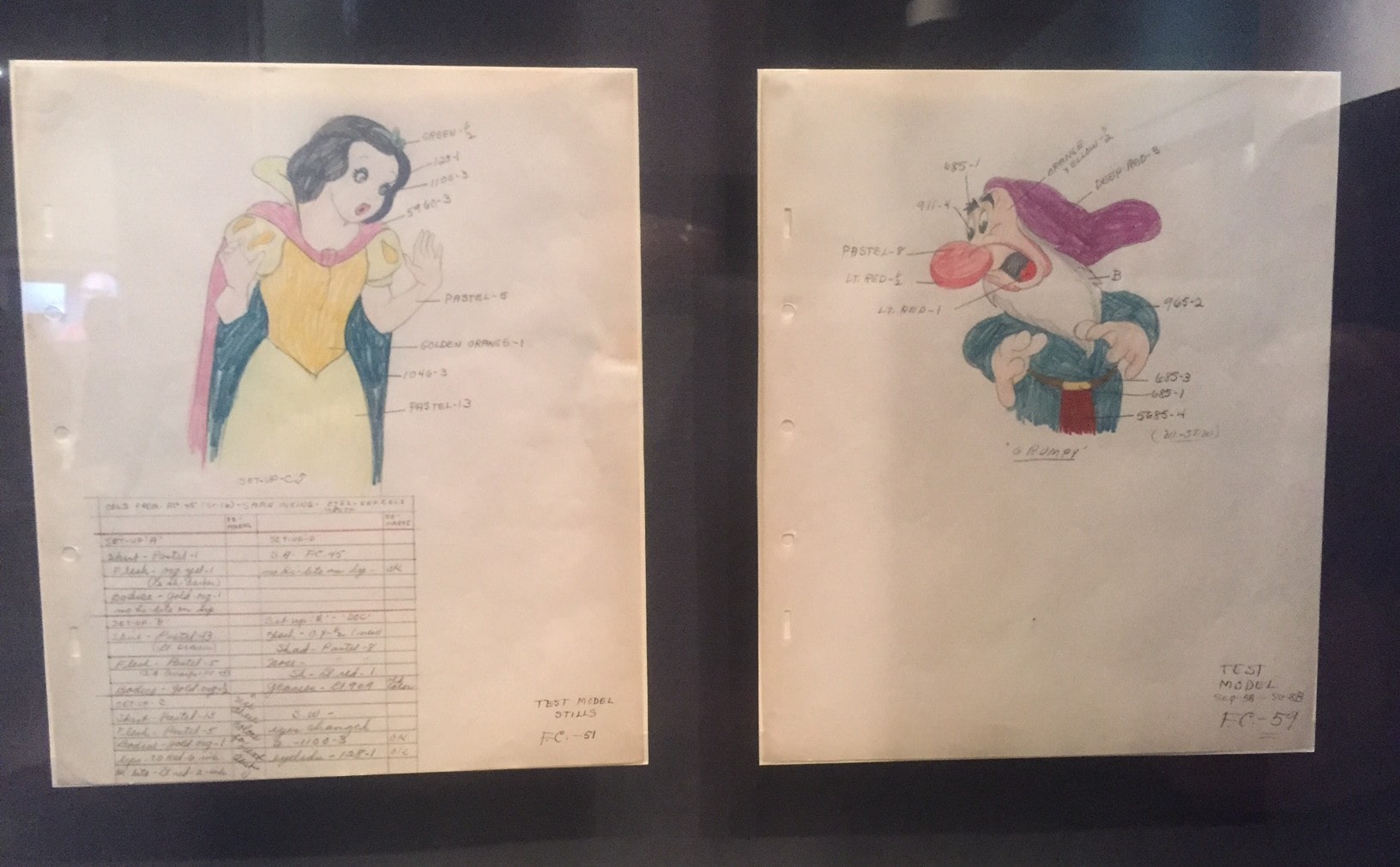 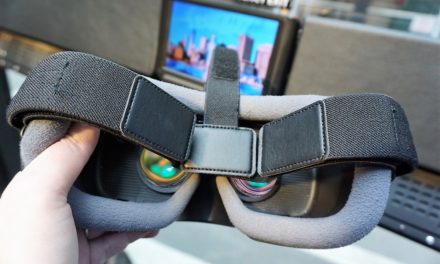 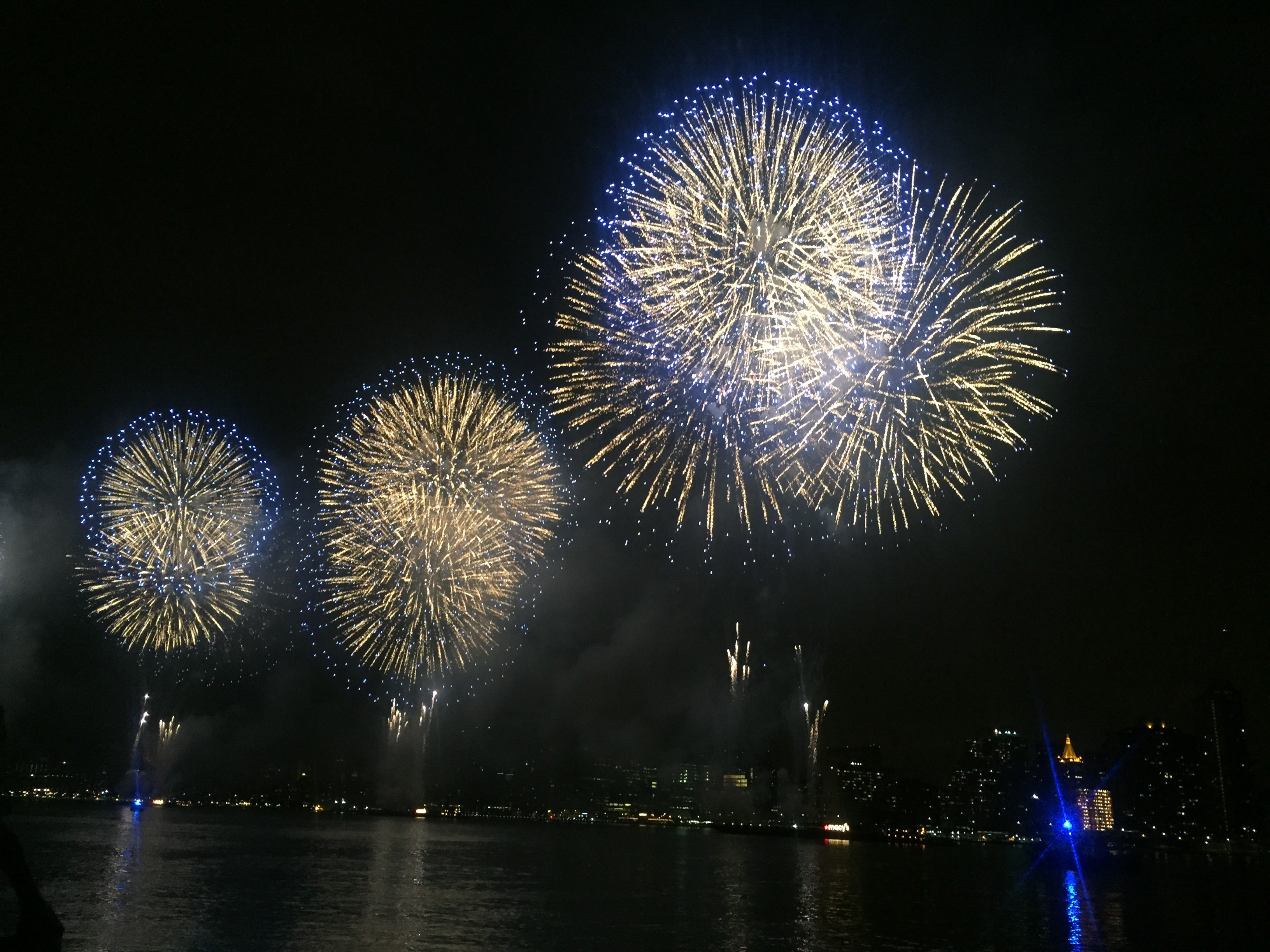