10 Things to Do in Disney World When it Rains 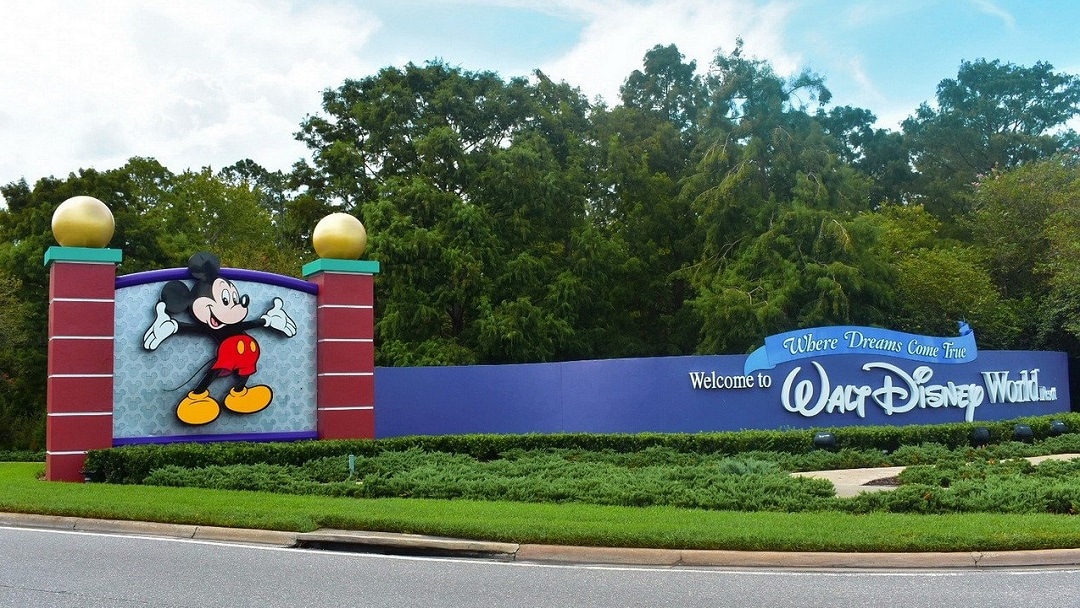 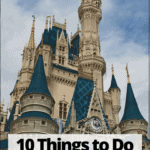 While Florida may be known for its sunshine, rainy days at Disney World aren’t actually uncommon. Especially in the summer months, Disney World can get torrential rain storms that seem to soak everything they touch (including tourists).

No matter what time of year you’re going, it’s best to be prepared with ideas on what to do at Disney World in the rain so that you can maximize your time and not be stuck without back-up options.

Whether you’re inside the parks or elsewhere on Disney property, planning a last-minute change of plans or planning for a full day with rain forecasted, this guide to Disney in the rain will help you plan the most magical rainy day.

10 Things to Do in Disney World When It Rains

Since you can’t control the weather, it’s a good idea to have a strategy for how to handle the rain.  It doesn’t have to ruin the fun of Disney World.  There are a few things you can do to take advantage of the situation. 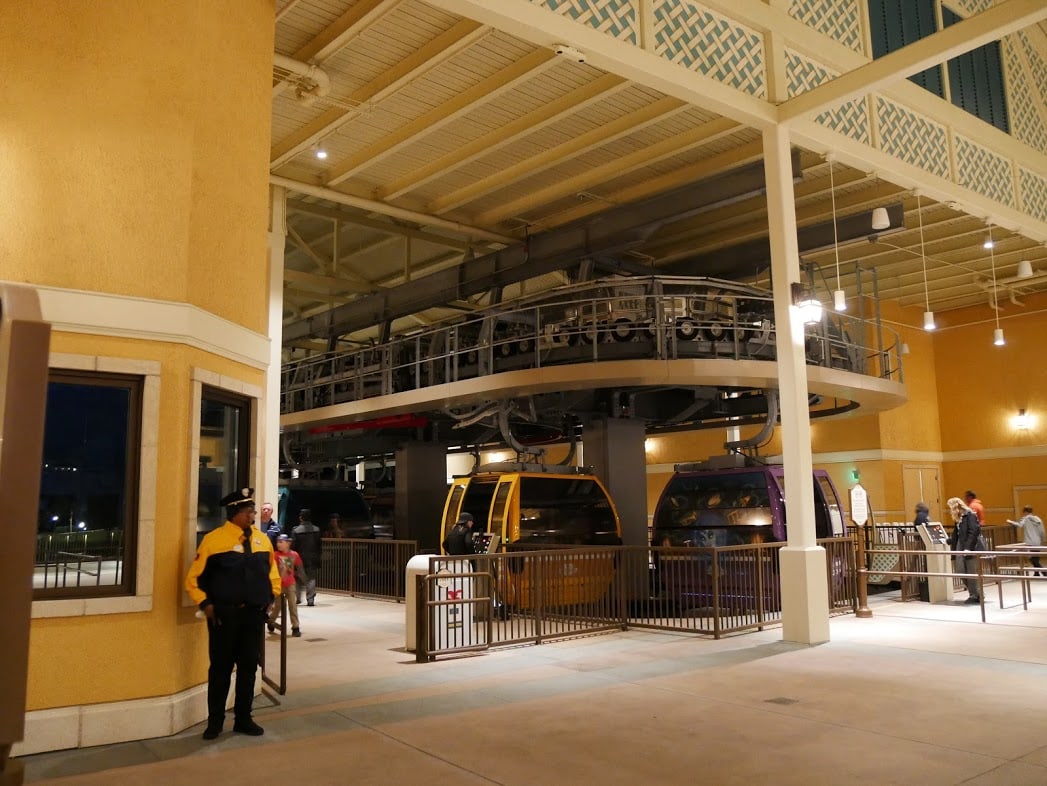 The Skyliner is free and you don’t even need park tickets.

With three separate tracks, Disney’s Skyliner is a great option for when it’s raining and not lightning, as you’ll stay dry and can get some great views above Epcot and the Epcot area resorts.

It’s free, and you don’t need park tickets, and all of the stations are covered so you can explore the whole Skyliner system while staying dry. 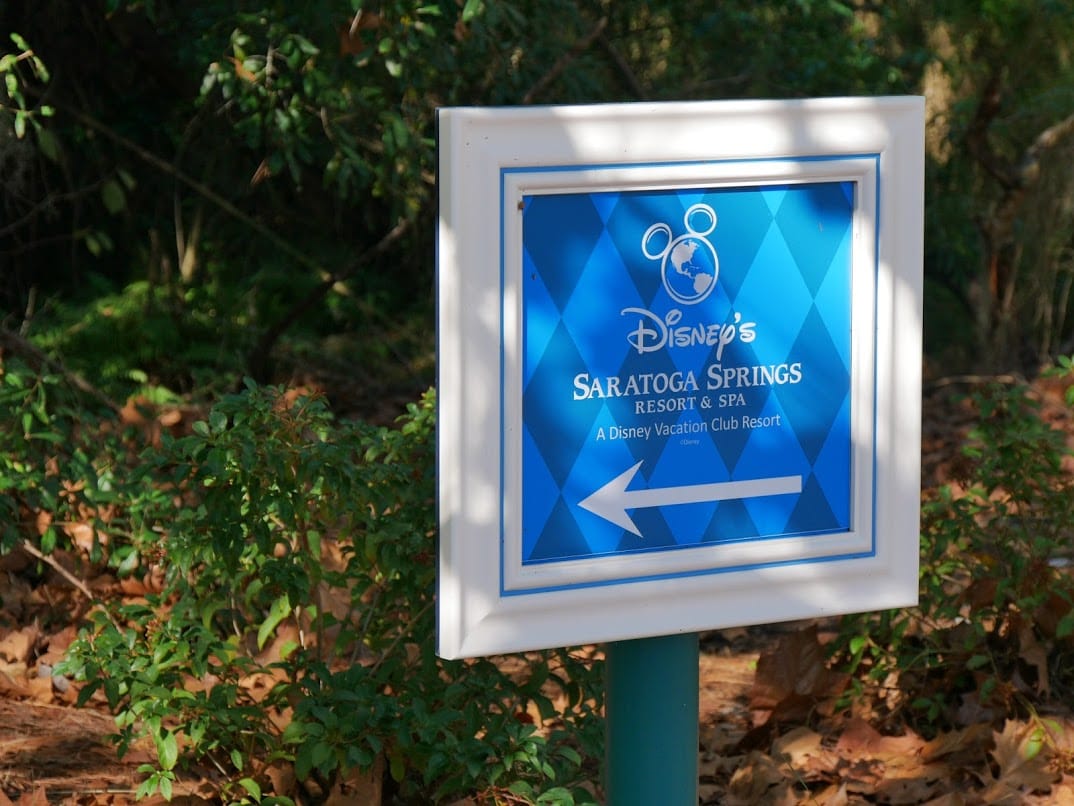 Even kids can get a spa treatment at Disney!

Did you know that Disney has plenty of options for some relaxation and pampering, for kids and adults?

If you want an upscale spa treatment (seriously, at Disney!), book a treatment at the Senses Spa at either the Grand Floridian Resort or Saratoga Springs Resort. There are also kid’s treatments available there. 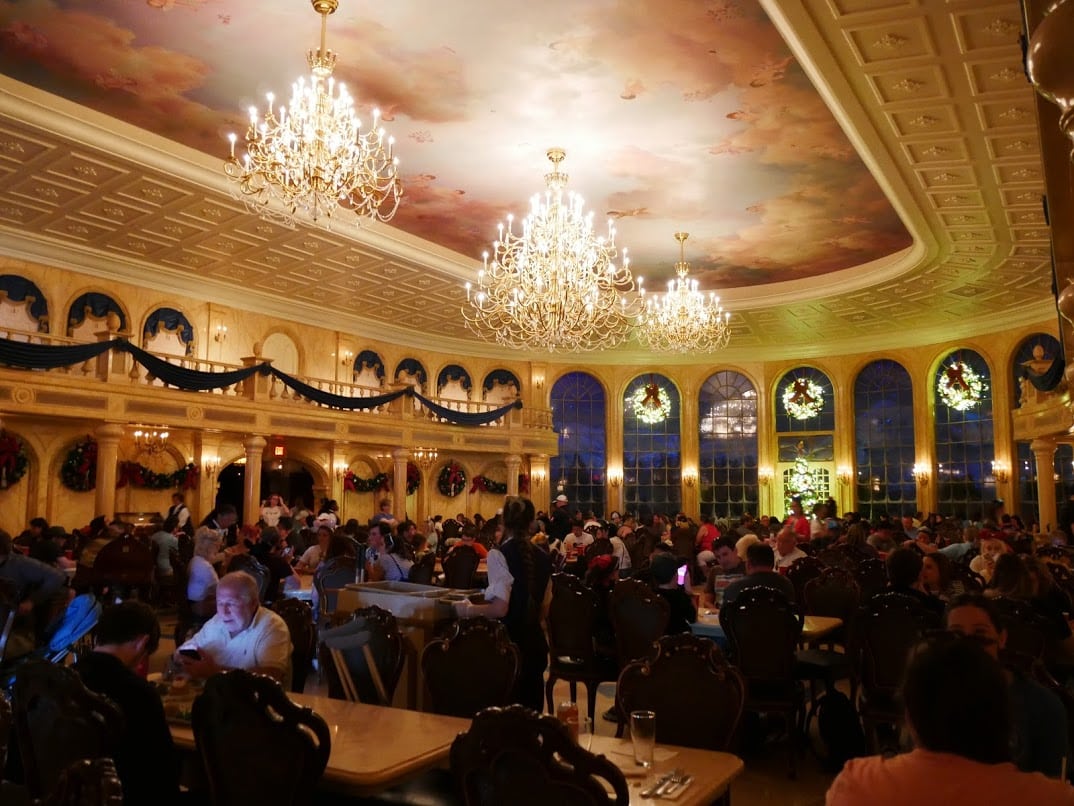 If you want to get out of the rain, check out one of the sit down restaurants at Disney World.

With so many restaurant options at Disney, many people like to plan to spend an afternoon eating a sit-down meal during the summer months when rain in the afternoon is almost a guarantee.

You can find them in every single Disney park, as well as at Disney resorts and Disney Springs.

In the Magic Kingdom, try Crystal Palace where you eat a buffet lunch with Winnie the Pooh and Friends, or head over to Animal Kingdom where Tiffins provides a character free experience with a more exotic menu. Ale and Compass at the Yacht Club is another option if you’re at Epcot, as you can walk there easily.

#4 Visit the World of Disney Store 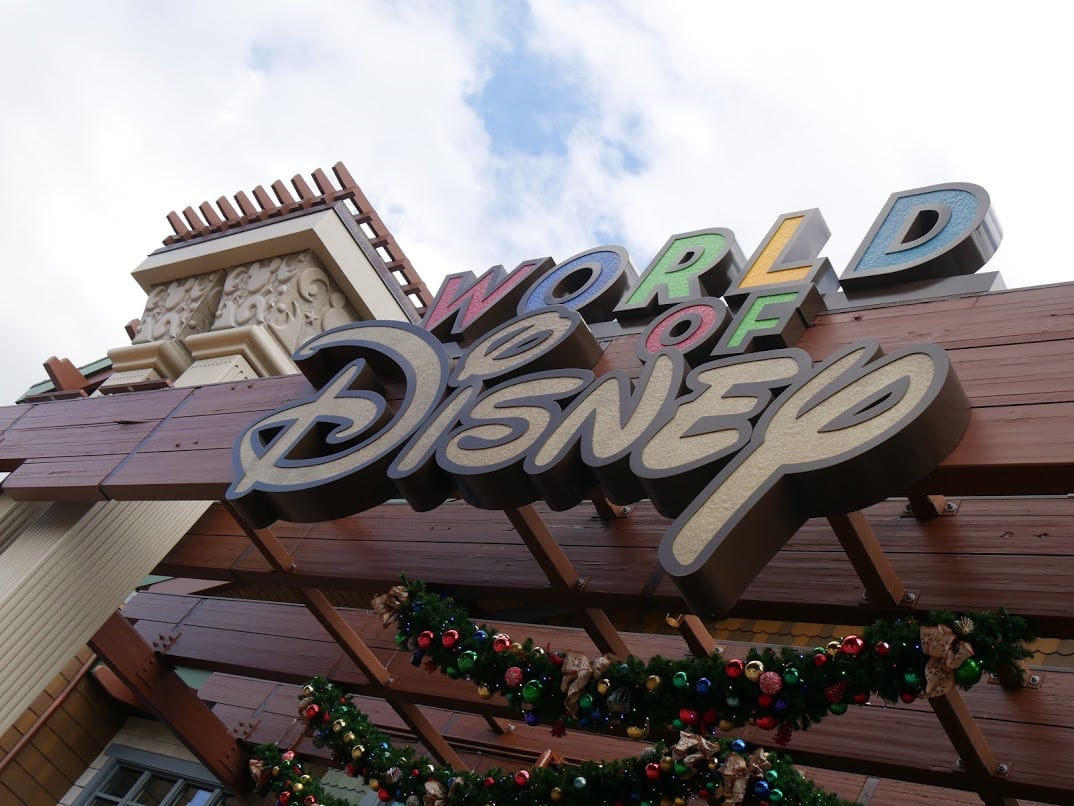 This is the largest World of Disney store anywhere!

Head to Disney Springs, Disney’s entertainment and shopping district, to do some shopping and visit the largest Disney store in the world.

The World of Disney store has everything from limited edition merchandise to clothing to kitchenware to electronics to stuffed animals to luggage…and the list goes on.

You can genuinely spend a solid hour here by the time you go into every room and actually see what’s on offer, or you can use it as a starting point for your Disney Springs day out and from there, head out to the Disney Springs Marketplace where you’ll find a covered shopping area with popular brands like Sperry’s.

Disney Springs also has the Coca-Cola store, as well as snack options like Ghirardelli so you can head indoors and get a milkshake. 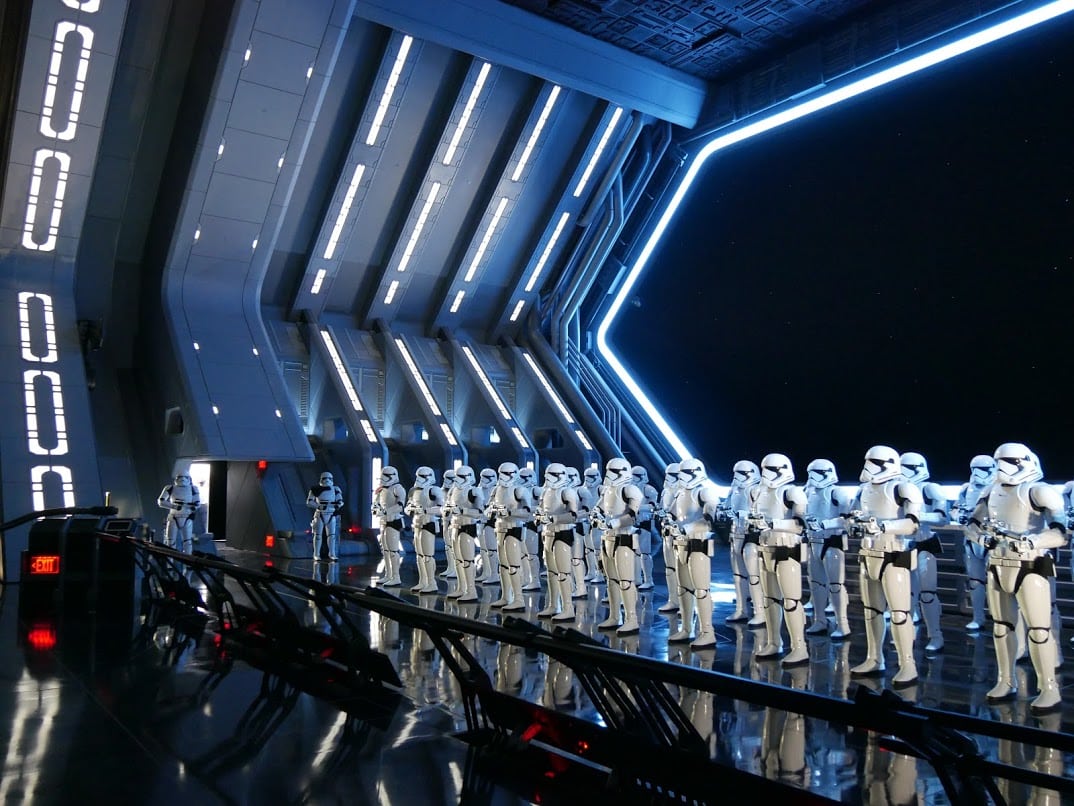 Some rides have a covered line so you don’t have to worry about getting wet.

If you’re in the Disney parks and wanting to escape from the rain, knowing which rides have covered lines is essential. Most will have at least some semblance of covering, as it also doubles as shade protection in the heat, but this isn’t true for every ride.

In the Magic Kingdom, the most covered rides include Space Mountain, which is all indoors, Big Thunder Mountain, Small World, Peter Pan, and Winnie the Pooh.

At Animal Kingdom, hop in line for the Na’vi River Journey which is mostly covered, as well as Expedition Everest.

At Epcot, Soarin and Living with the Land are entirely indoor queues, as well as Frozen Ever After and Mission Space.

At Hollywood Studios, Smuggler’s Run is mostly covered, as well as Toy Story Mania and the Tower of Terror. 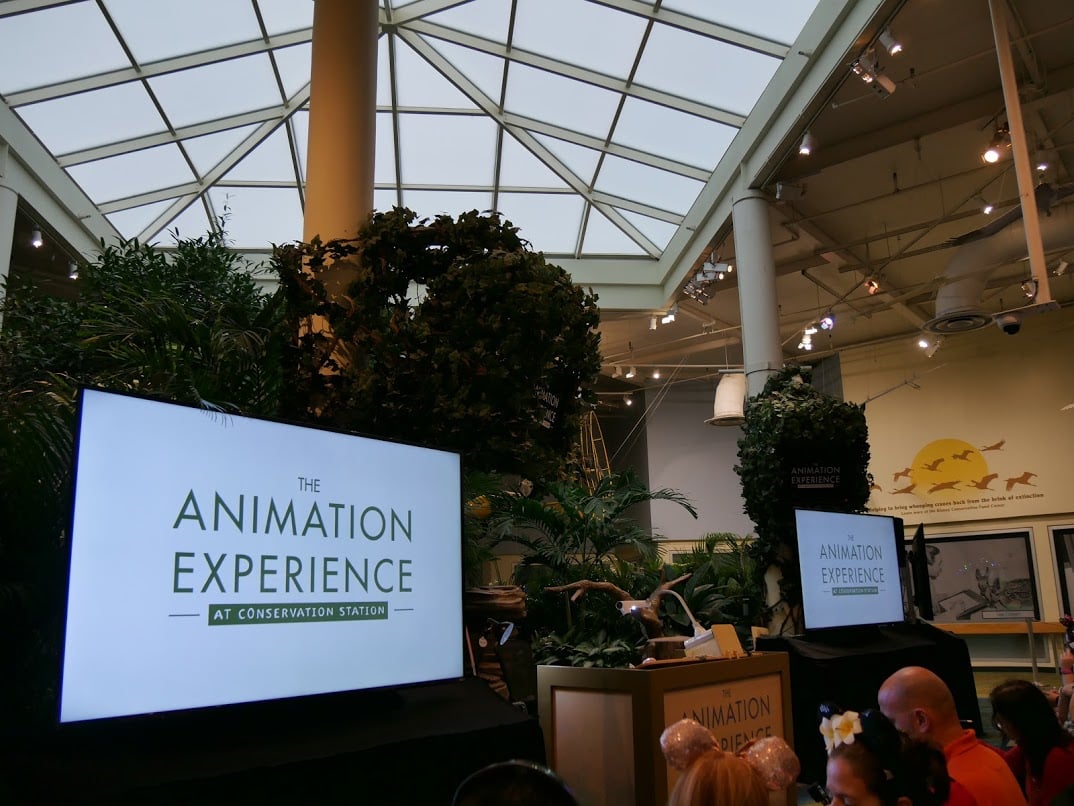 When it is wet out, you can enjoy the entertaining shows at Disney World

Disney isn’t just for rides. There are also plenty of shows, including ones on at particular times and ones that just play on a loop all day long. These are some of the best options to get out of the rain because you can check things off your must-see list while not being affected by the rain.

There aren’t any shows that are completely outdoors, and even ones that are more “open air” are covered above where the guests sit.

Popular Disney show options that are completely indoors are The Festival of the Lion King at Animal Kingdom, Frozen at Hollywood Studios, the Hall of Presidents at Magic Kingdom, and American Adventure at Epcot. 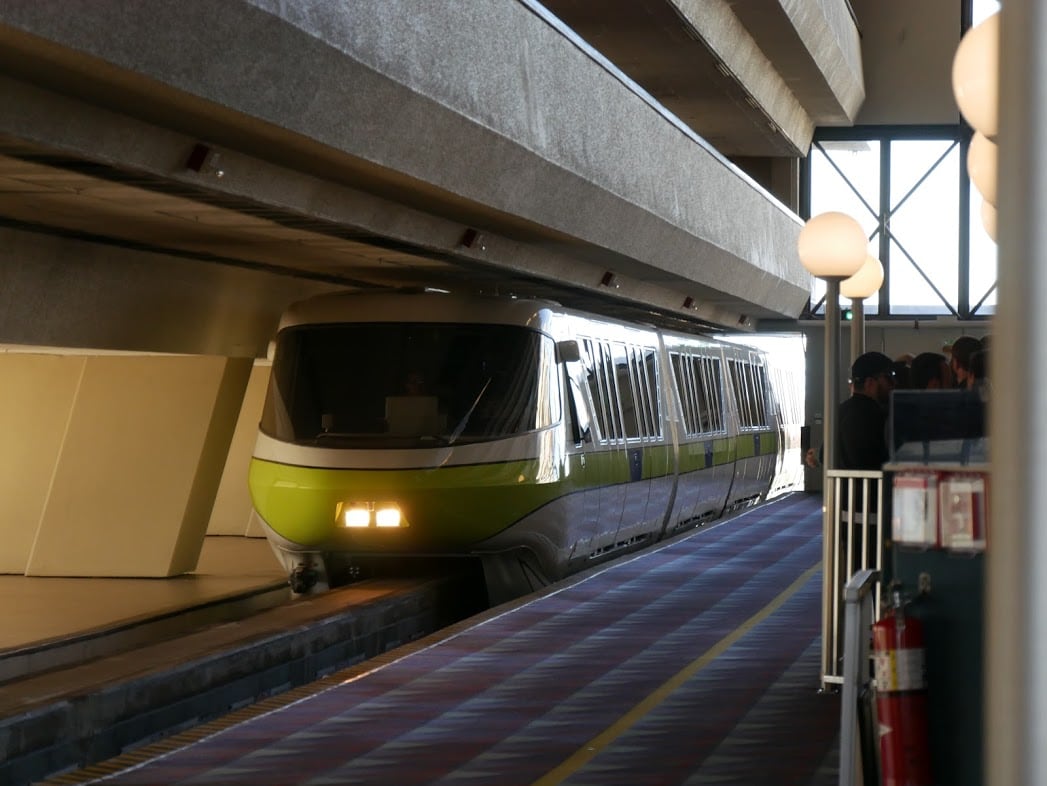 With four stops: Disney’s Grand Floridian, the Polynesian Resort, the Magic Kingdom Transportation and Ticket Center and the Contemporary, Disney’s monorail is such an iconic part of a Disney vacation and a fantastic way to see Disney in the rain because the monorail itself is enclosed and all monorail stations are covered as well.

Another special experience is sitting in the Contemporary resort at the food court, eating a monorail-themed cupcake while you see it fly past you, right through the resort.

#8 Pick a Deluxe Resort and Explore 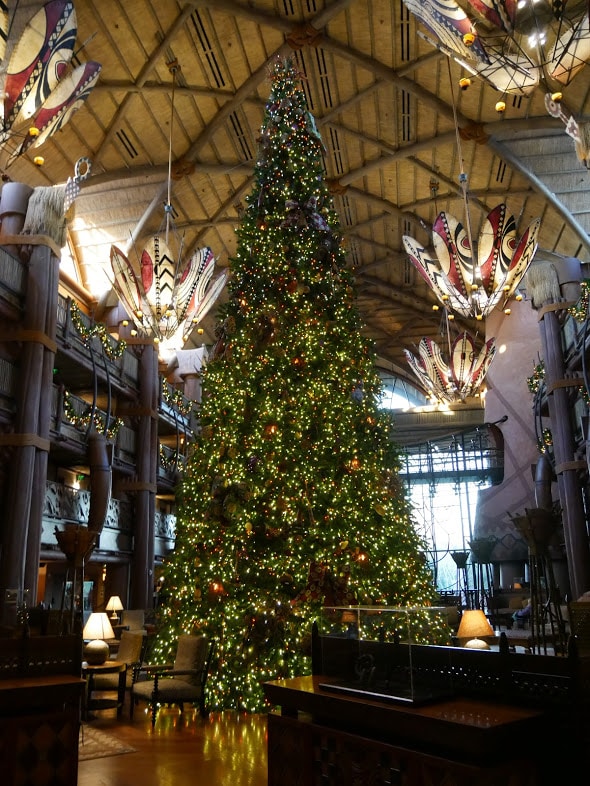 There are lots of indoor activities to enjoy at the Deluxe Disney Resorts.

If you’re got a day off from the parks and it’s raining, you don’t have to consider your day fully rained out. Instead, pick a Disney Deluxe resort (which mostly tend to be indoors and have the best theming and amenities) to explore.

My top pick is Disney’s Animal Kingdom Lodge, which you can get to with Disney transportation by taking a bus from Disney Springs or any of the theme parks. Or you can drive there and tell them that you’re just there as a “day guest” to look around.

Here, there are plenty of activities to enjoy, including food tours, cultural activities, and kid’s crafts. You can also eat at one of their incredible table service restaurants, Jiko or Sanaa, or have a more casual meal at the Mara, their quick service resort.

Another great option for Deluxe resort hopping is Disney’s Boardwalk resort, where you’ll see a treasure trove of Americana artifacts in the hallways dating back to the heydays of American shore towns.

If you’re on an adult’s trip to Disney World, there are plenty of options where you can stop for a drink while waiting out the rain. If you’re at Disney Springs, try Wine Bar George for some excellent wine and food parings, or visit the Hangar Bar which is Indiana Jones themed.

The Disney Deluxe resorts will also have their own lounges, with the most popular being Trader Sam’s at Disney’s Polynesian where you can enjoy tikki cocktails and island theming.

#10 Watch the Fireworks from Inside 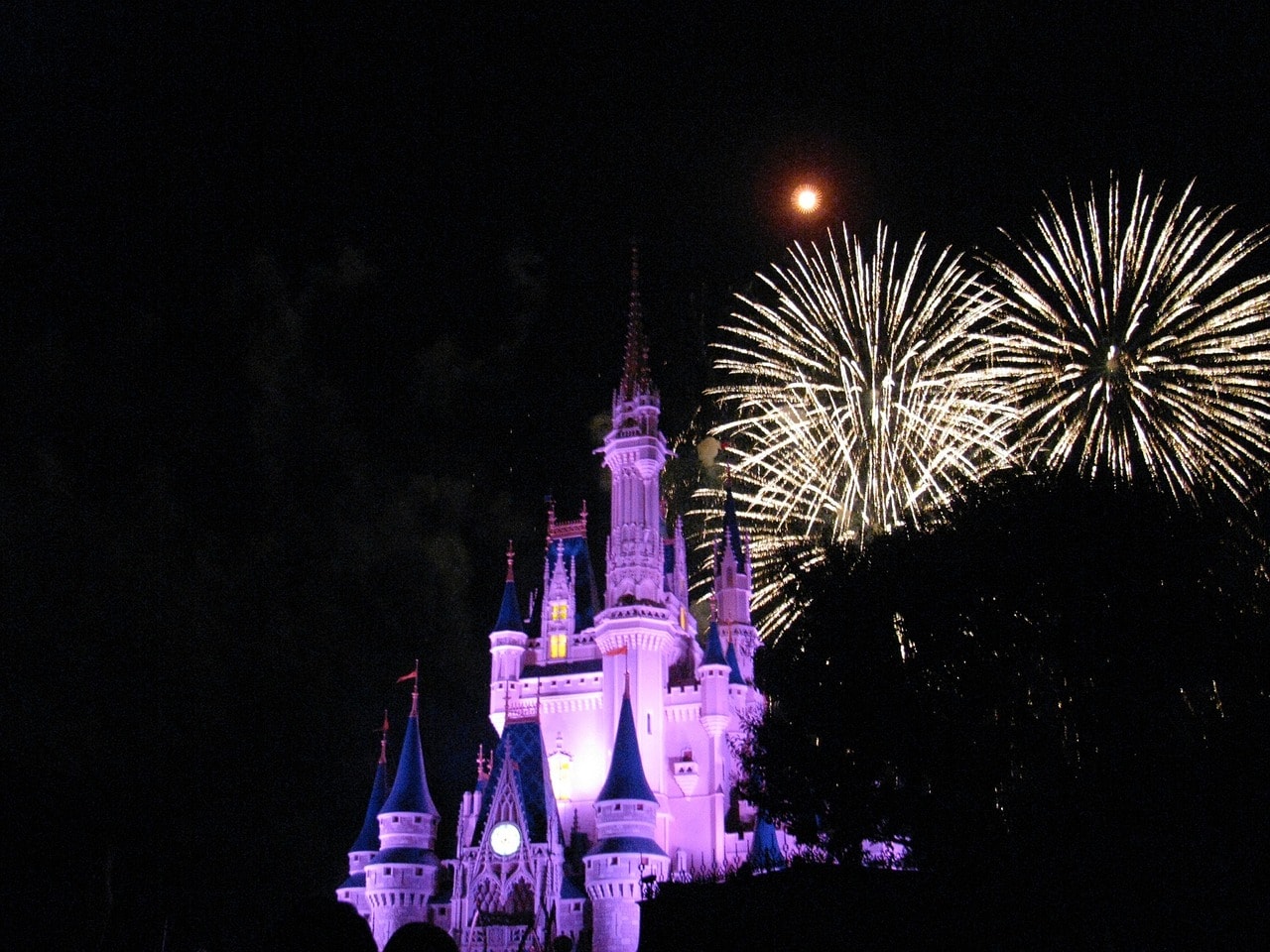 You don’t have to miss the fireworks if it rains, there are some indoor spots to catch it.

Many times, Disney will still try to hold the fireworks even in the rain because, hey, the show must go on.

But if you don’t feel like waiting around in the rain to watch them, there are some places you can go to watch indoors!

The best place is going to be from Disney’s Contemporary Resort. Head here (walking distance from the Magic Kingdom, or you can take a bus or the monorail) and go up to the 4th Floor.

Follow the signs to Bay Lake Tower, and you’ll find yourself in a walkway with glass sides that connects the main Contemporary concourse with Bay Lake Tower.

Look out to the left side, towards the Magic Kingdom, and know that this is one of the best views of fireworks on all of Disney property. They’ll also pipe in the fireworks music when it’s time for the show, and you won’t be exposed to the weather whatsoever!

What to Do at Disney World When it Rains

With these insider tips, rain won’t spoil your time at Disneyworld.   You can still enjoy the rides, shows, food, and more.

Have you been to Disney World when it rained? 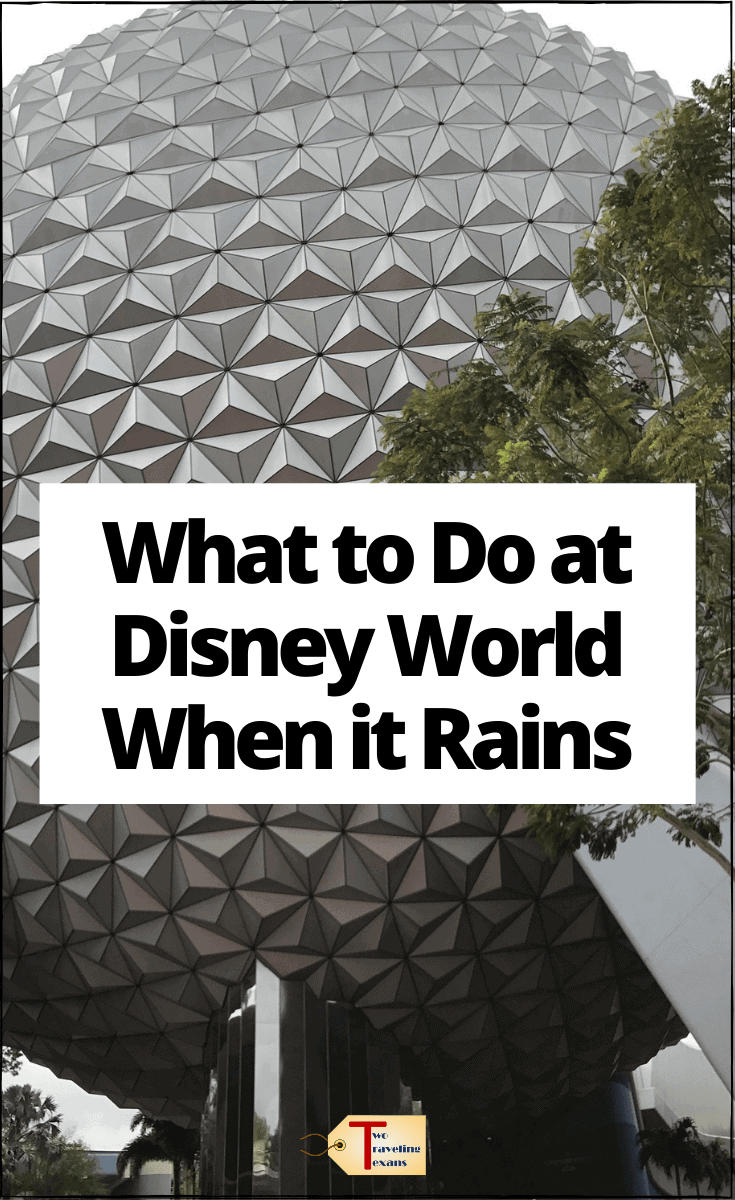 Expert Tips for Visiting Disney World in the Rain 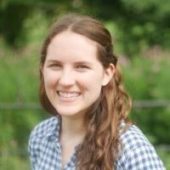 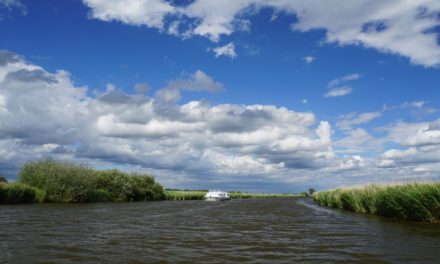 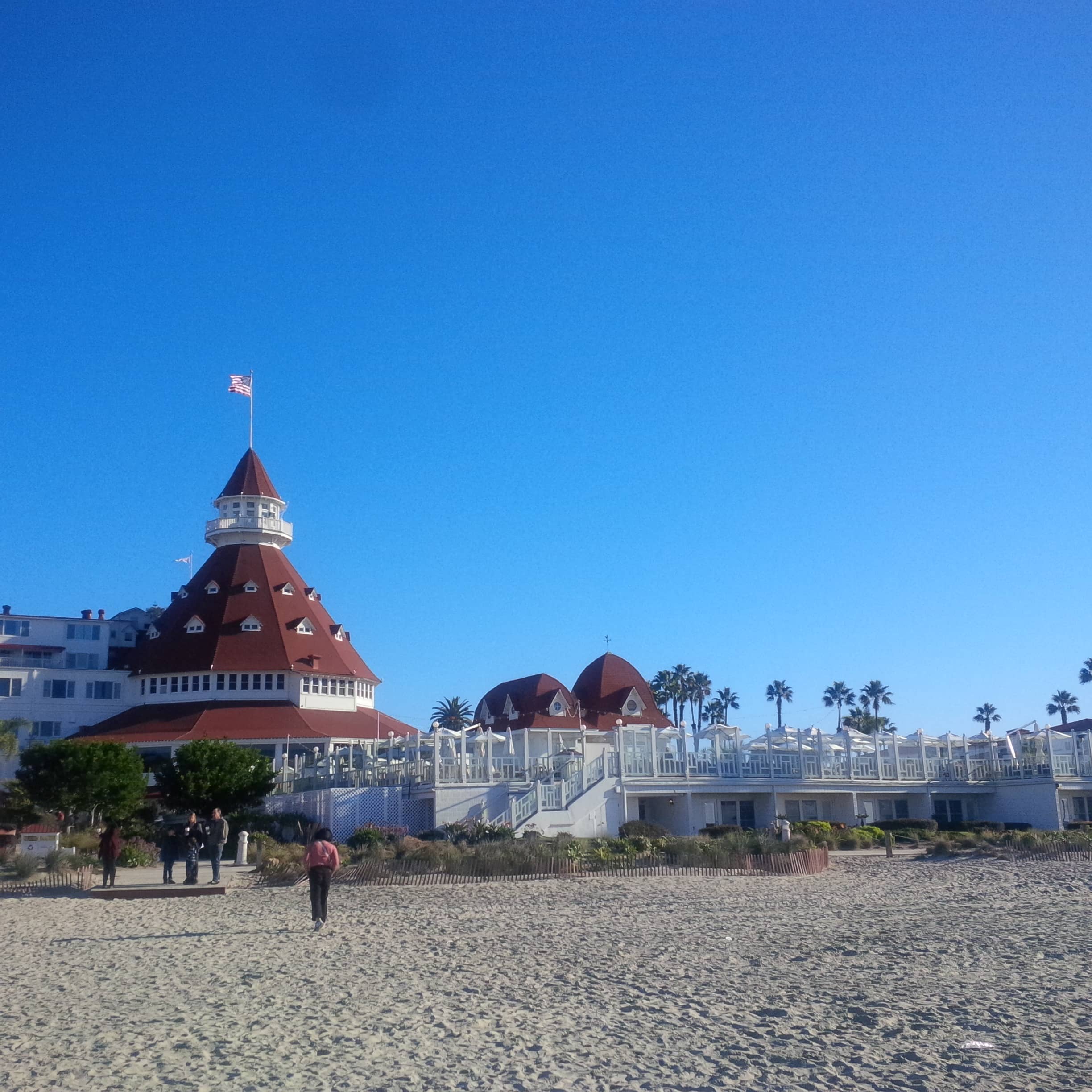 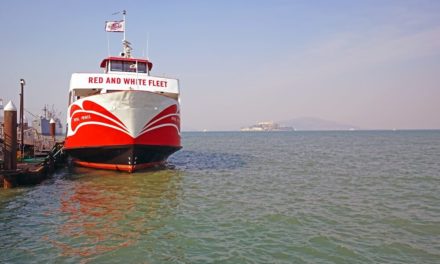