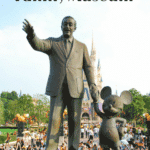 I’m a big fan of everything Disney – the characters, the stories, the theme parks – so when I learned about the Walt Disney Family Museum in San Francisco, I knew I needed to check it out.

Before I visited the museum, I didn’t know much about Walt Disney and his story, and I was fascinated and inspired by what I learned.  The museum has such a great message and I think it is best stated by Walt Disney himself. “All of our dreams can come true, if we have the courage to pursue them.” Click to Tweet

It’s one of the most inspirational museums I have ever been to.  Let me tell you more about what you can expect when you visit the Walt Disney Family Museum in San Francisco. 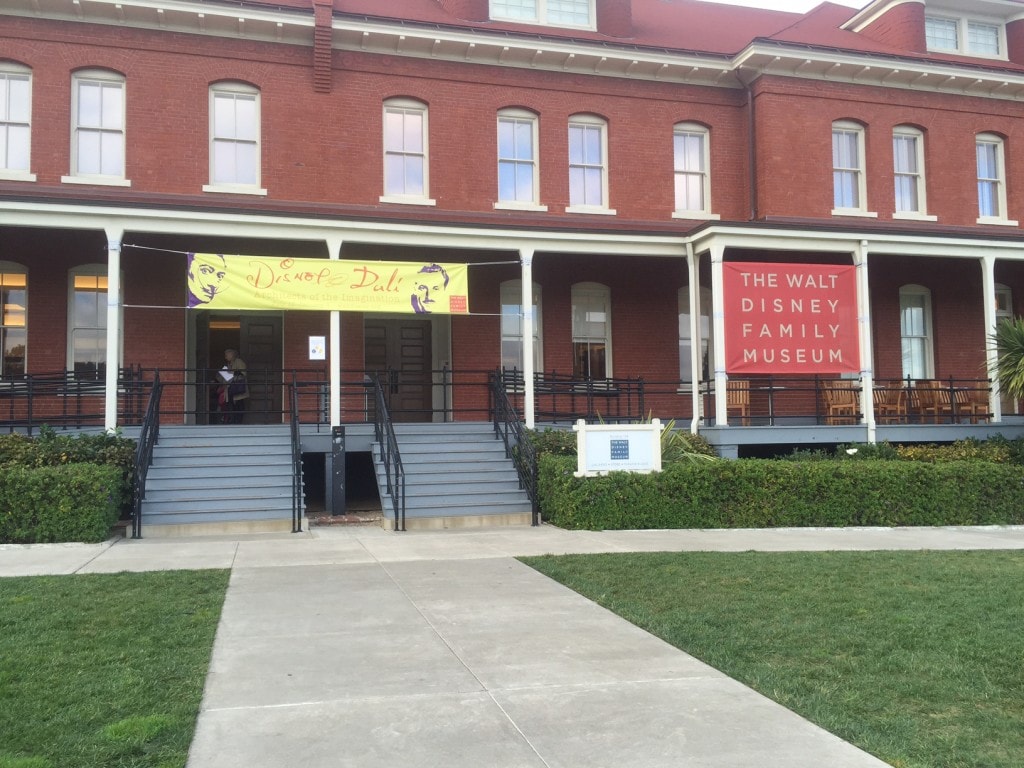 The entrance to the Walt Disney Family Museum

The museum covers his family history and childhood years all the way to his death in 1966.  The story is presented chronologically so that it is easy to follow.

I was surprised to learn about the setbacks in his career and inspired by how he reacted to them.  His imagination and determination were key to his success.  He was such a great innovator, time and again, rewriting the boundaries and doing things no one had done before. 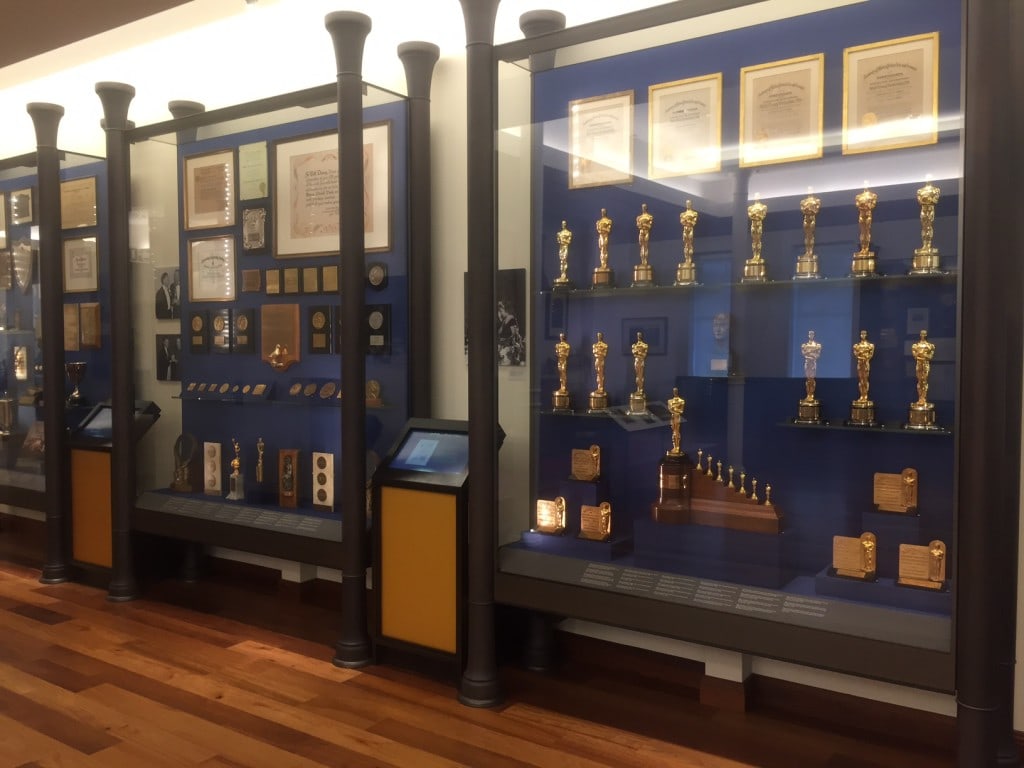 The lobby of the museum, look at all the awards!

He never stopped believing in himself regardless of the obstacles or naysayers.   Disney was a hard-worker, visionary, and an optimist, that inspired brilliance in those around him and made a big impact on the entertainment world.
Even though this is the Disney Museum, I do think it is better suited to adults and older children.  There are a few interactive exhibits, but for the most part you read and see pictures and other artifacts to learn the Disney story.  There is also content on the STQRY app that you can listen to as you go tour the museum. 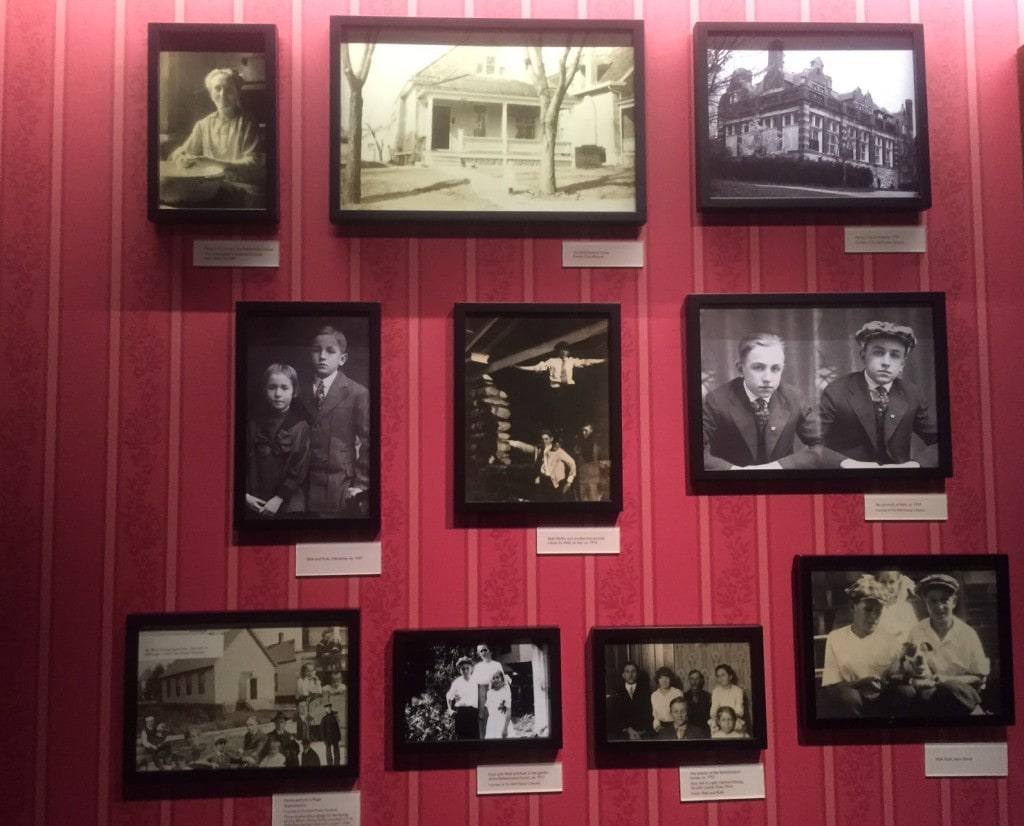 Pictures of Walt Disney and family.

The museum is filled with so many interesting tidbits, so I wanted to share a few of my favorite here: 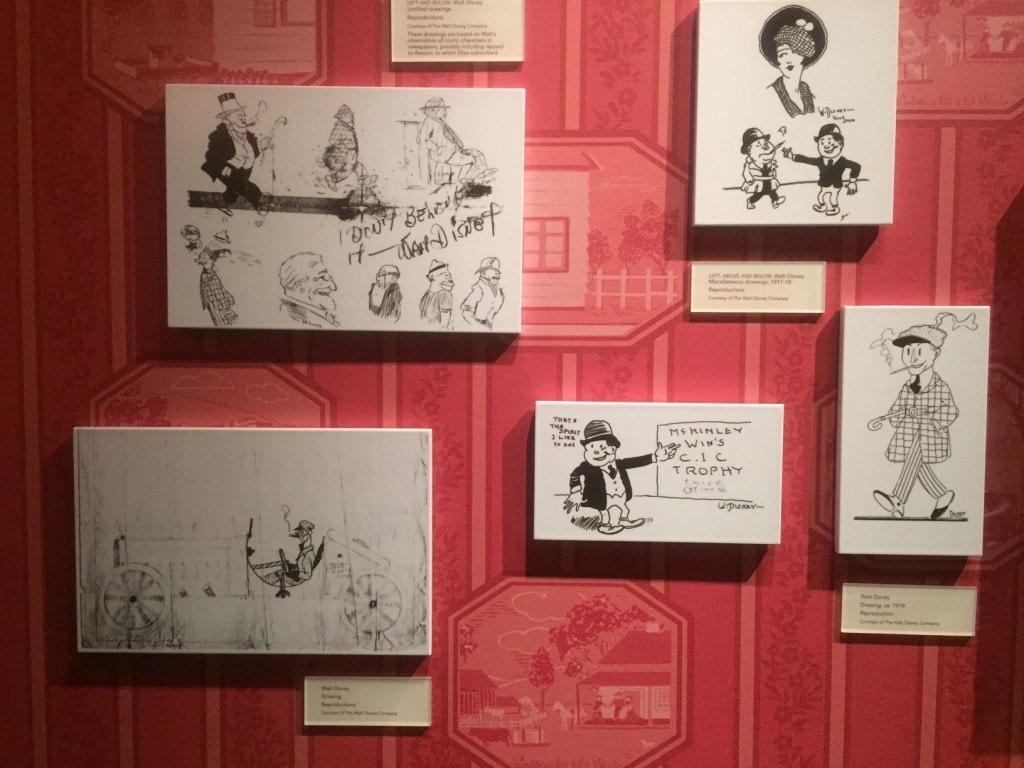 Some of Walts early drawings 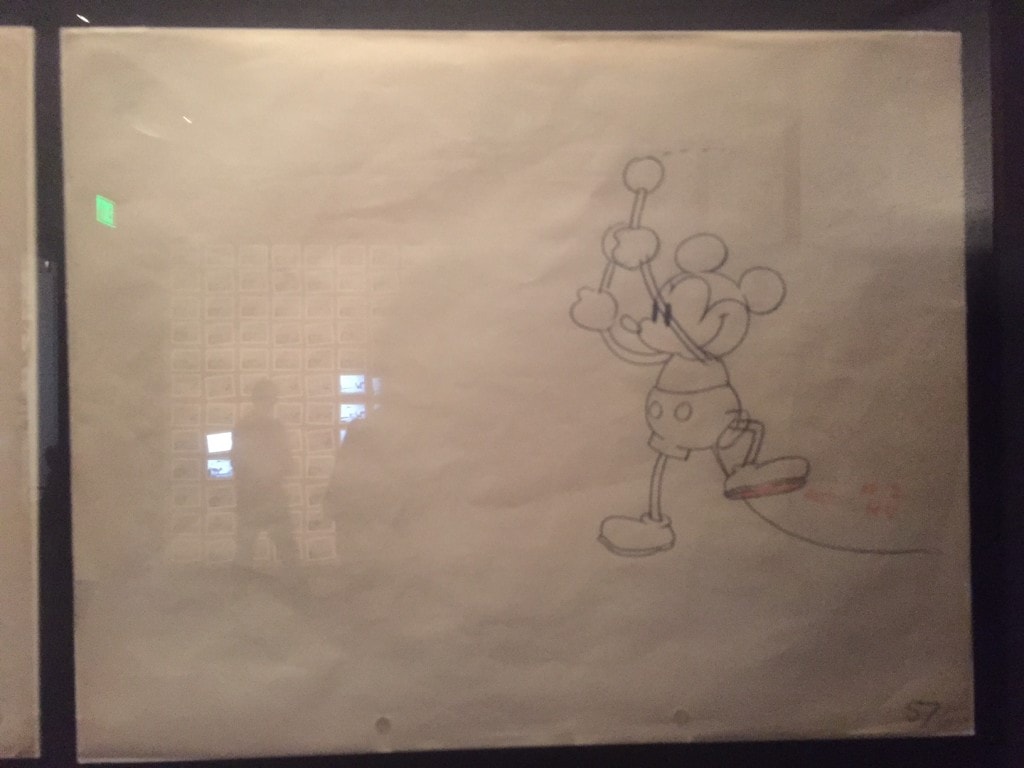 An early sketch of Mickey Mouse 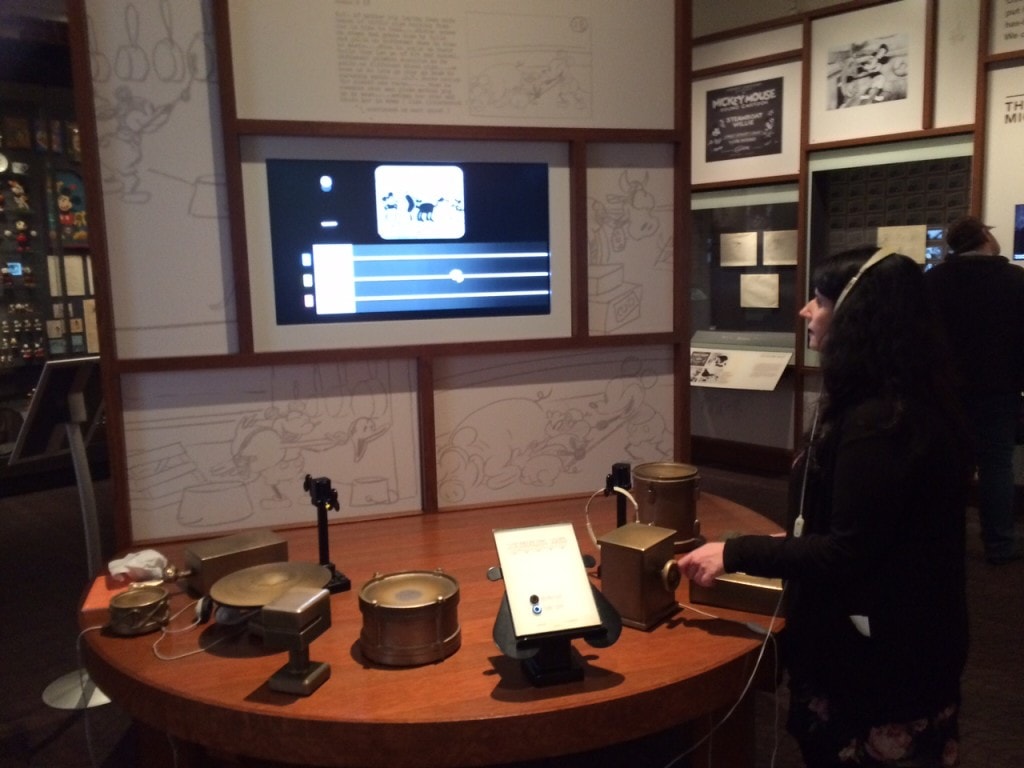 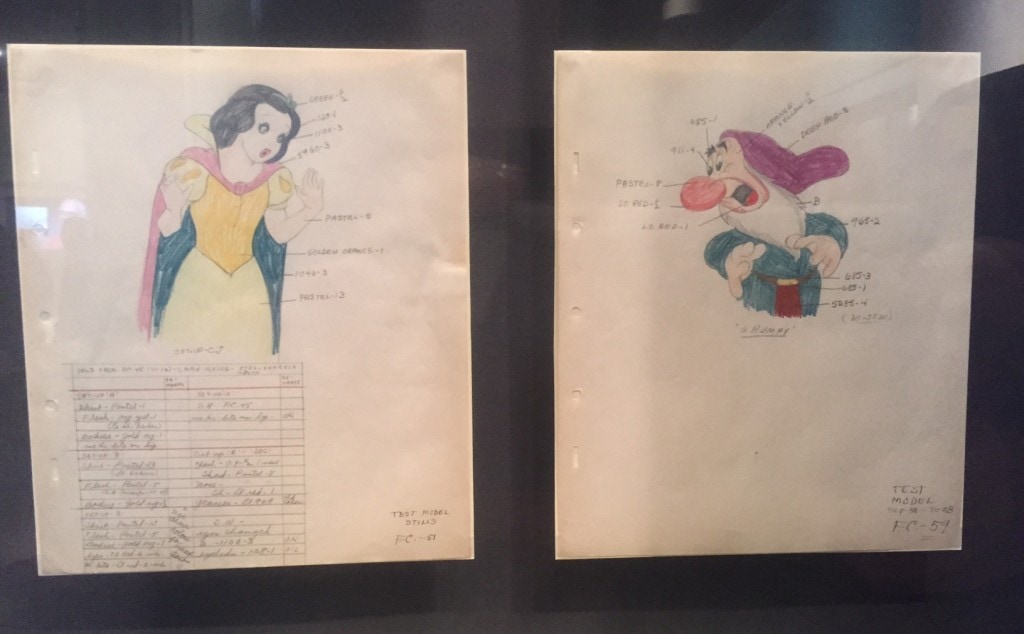 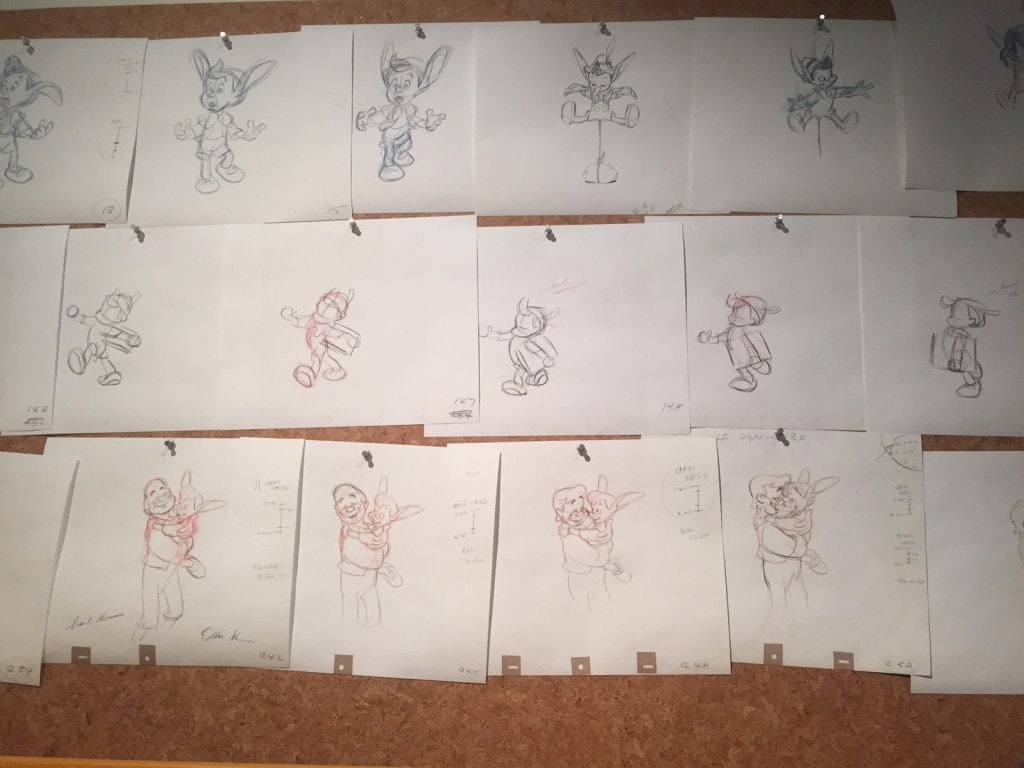 Some sketches from Pinnochio. 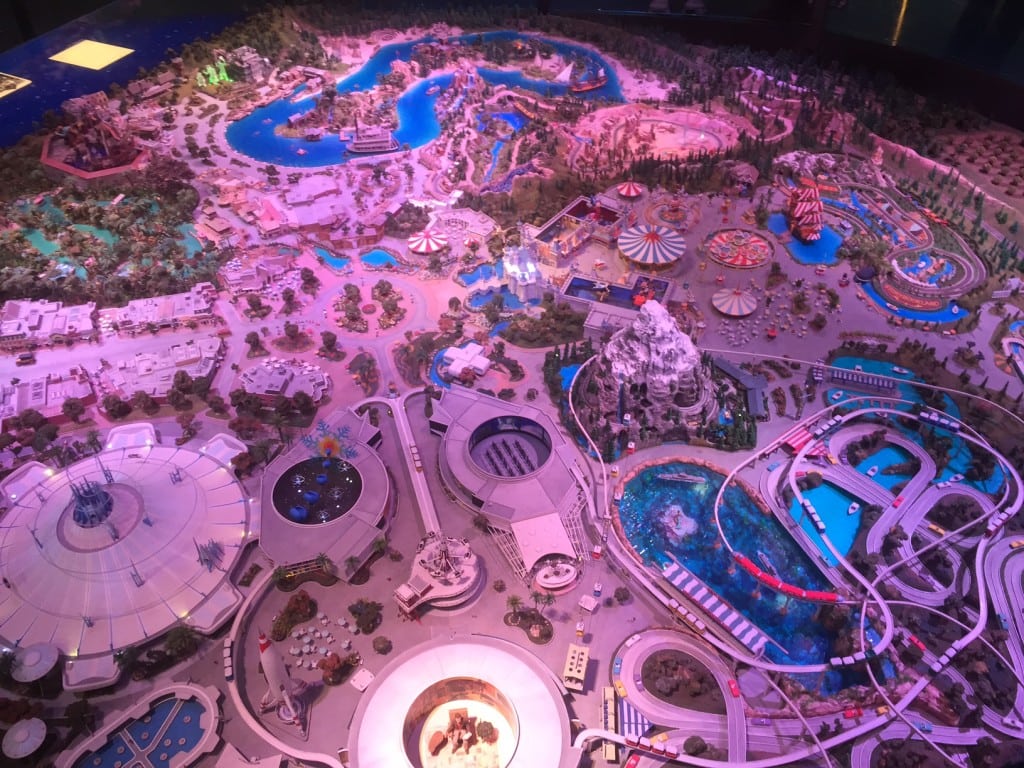 Seeing this diorama made me want to go back to Disneyland!

How to Get to the Walt Disney Family Museum

The museum is located in the Presidio area of San Francisco and is accessible by car, bus, or bike.

There is paid parking available throughout the Presidio area. 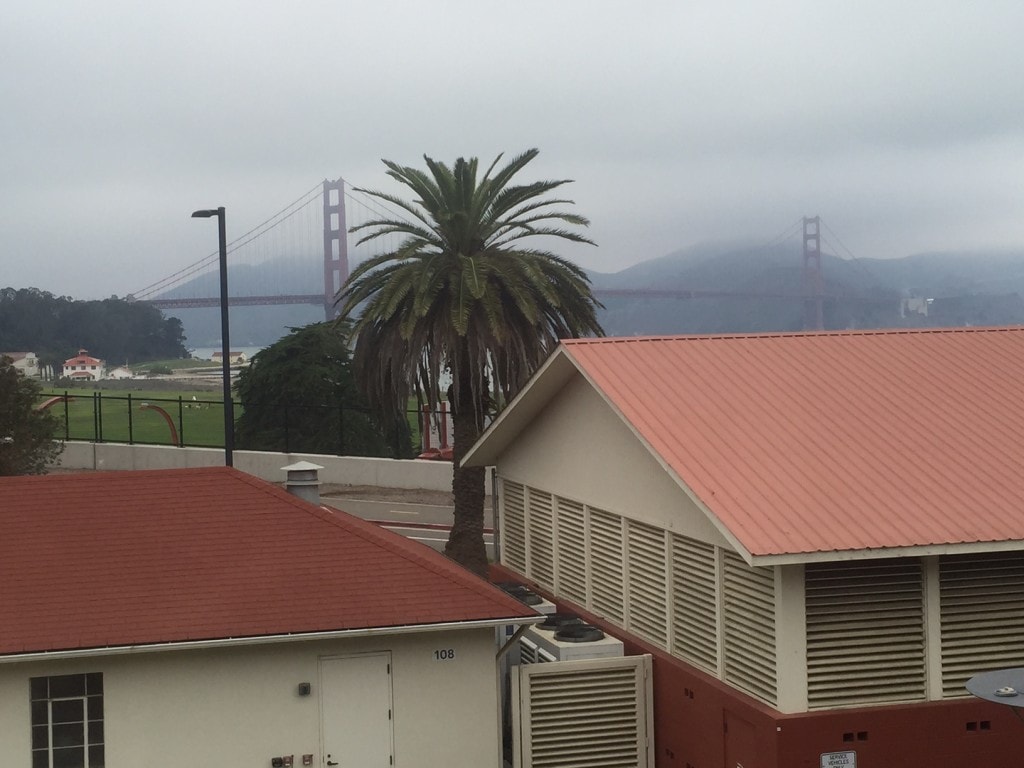 The view of the Golden Gate Bridge from the museum.

Is the Walt Disney Family Museum Worth it?

Tickets for the museum are $25 for adults and $15 for kids aged 5-17.  Children under five are free.  There is an additional charge for special exhibits.  It’s a bit pricey for a museum, but for Disney fans and anyone looking for some inspiration, I think it is worth it.

If you plan on doing other sightseeing while you are visiting San Francisco consider getting the GoCity Card.  It includes admission to The Walt Disney Family Museum and 25 other tops attractions in the city (like SFMOMA).  Get more information about the San Francisco GoCity Card here.

Tickets do sell out, so if you don’t have the San Francisco Go City Card and would like to visit the Walt Disney Family Museum, it is best to purchase them in advance here.

These are only a few of the highlights, there is an impressive collection of memorabilia and information. I would recommend allocating at least 3-4 hours to visit.  We spent a solid four hours at the museum, there is a lot of information to absorb.

And as a bonus, you get a nice view of the Golden Gate Bridge in one part of the museum.  You will leave the museum an even bigger Disney fan with a renewed sense of determination.

Are you a Disney fan too? Have you visited the Walt Disney Family Museum? I would love to hear about your experience.

Expert Tips for Your Visit to the Walt Disney Family Museum

Disclosure: No financial compensation was received, but the Walt Disney Family Museum did provide complimentary tickets.  As always, opinions expressed here are my own. 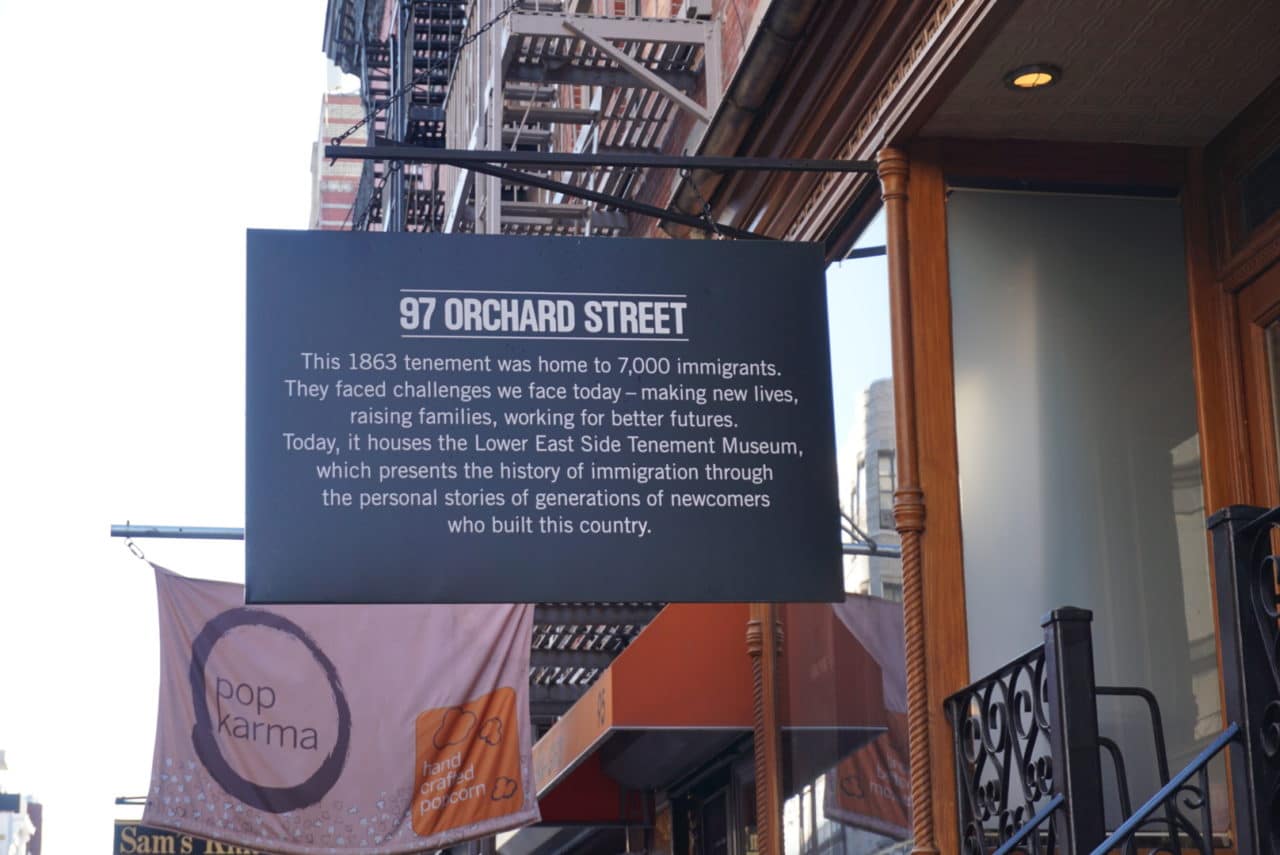 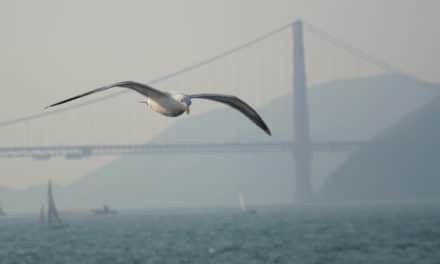 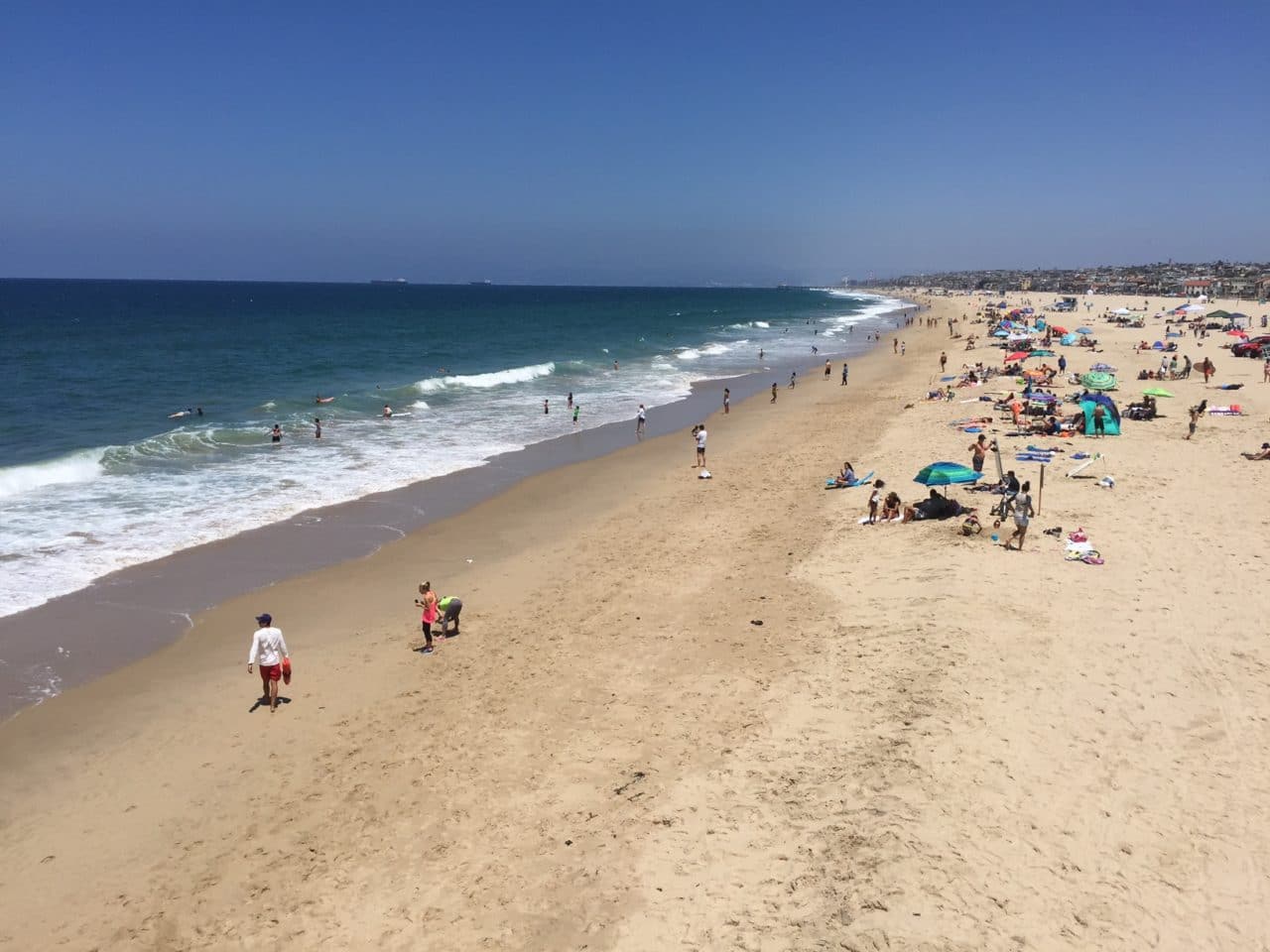 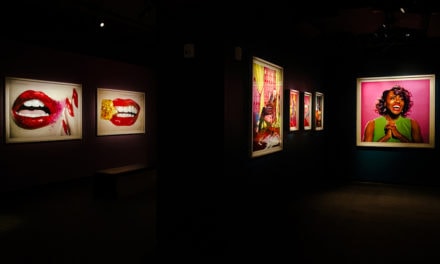 Is Fotografiska New York Worth It?