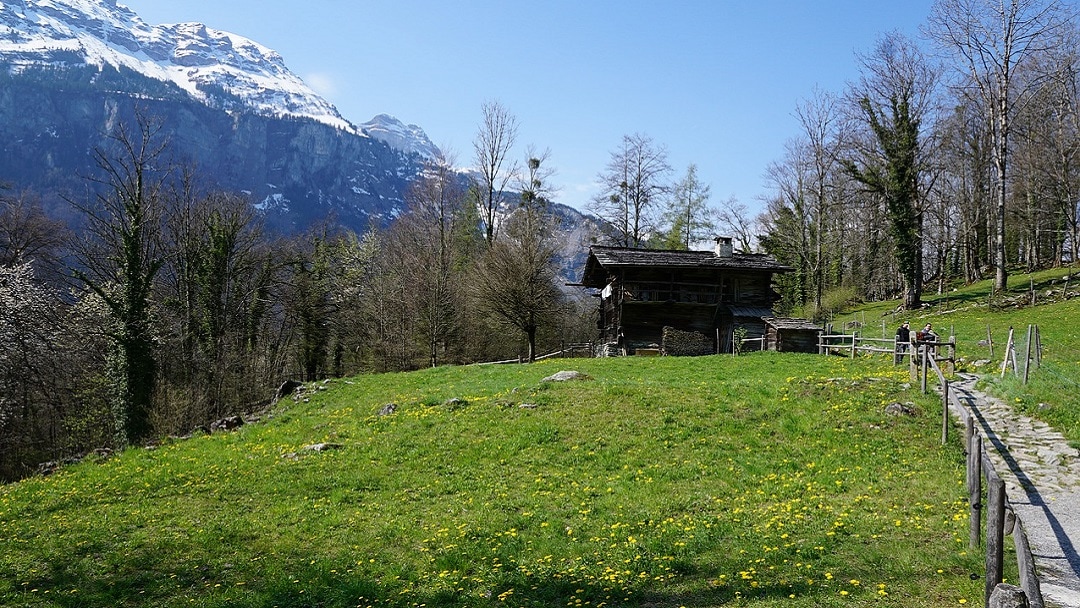 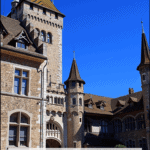 What does Switzerland NOT do well? With some of the world’s most breathtaking sceneries and a penchant for quality and luxury, this small country is also blessed with a rich history and a diverse culture. Bordered by Italy, France, Germany, and Austria, expect to experience influences from all these countries in one visit to Switzerland.

With over 900 museums in one country, however, discovery doesn’t just end at Switzerland’s borders. Some of the world’s most important artifacts and artwork can be found in Switzerland’s best museums.

While a lot has changed over time, Switzerland is excellent at preserving every important milestone that makes its story a magnificent one. Whether recreating the medieval world or showcasing ideas of the future, Switzerland’s museums hold some of the world’s most important treasures.

There are obviously a ton of options for museum-hopping, but here are the ten must-visit museums in Switzerland. 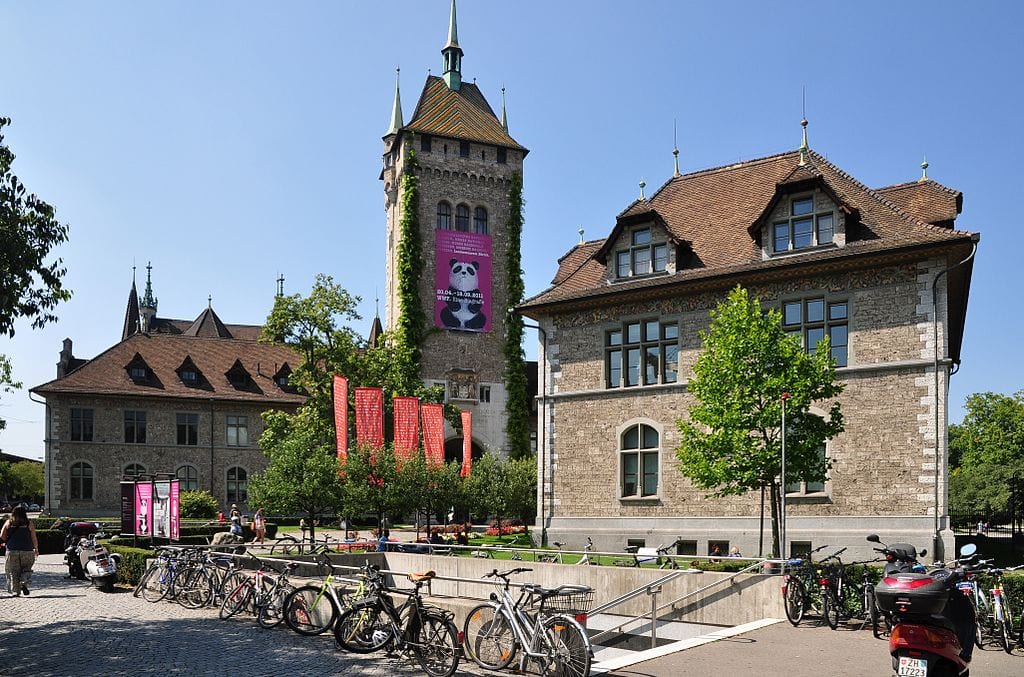 The Landesmuseum is only part of the Swiss National Museum. Source: Roland zh / CC BY-SA

The best collection of Switzerland’s way of life throughout its whole history is found at the Swiss National Museum. The permanent exhibition is found at the Landesmuseum in Zurich, and the whole museum holds over a million exhibits of national importance. The displays show the evolution of the country’s culture from the Paleolithic age all the way to modern times.

The Swiss National Museum is composed of three museums, namely the Landesmuseum in Zurich, the Castle of Prangins, and the Forum of Swiss History. Together, all three structures are home to remarkable prehistoric exhibits, medieval objects, and numerous ecclesiastical sculptures. 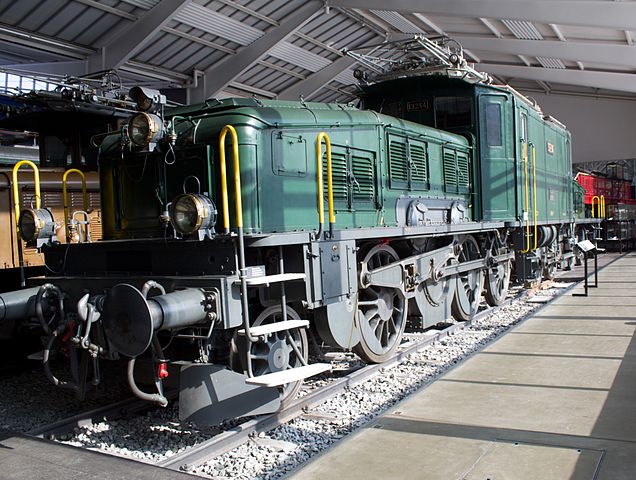 Switzerland is world-renowned for having one of the most efficient transport systems in the world. As such, it’s almost expected for them to have the best transport museum as well. It’s the country’s most visited museum, and for good reason. It traces the history of transportation, from the oldest plane and train models to ideas on the future of transport.

The museum also houses Media World where visitors can enjoy 3D movies, cafes, and restaurants. The crowd favorite is the Swiss Chocolate Adventure, which is an interactive experience following the journey of how a cocoa bean is transformed into one of the country’s best products – chocolate.

Of course, as one of the absolute highlights in Switzerland, the city of Lucerne has lots more to offer. So, be sure to spend at least a few days here. 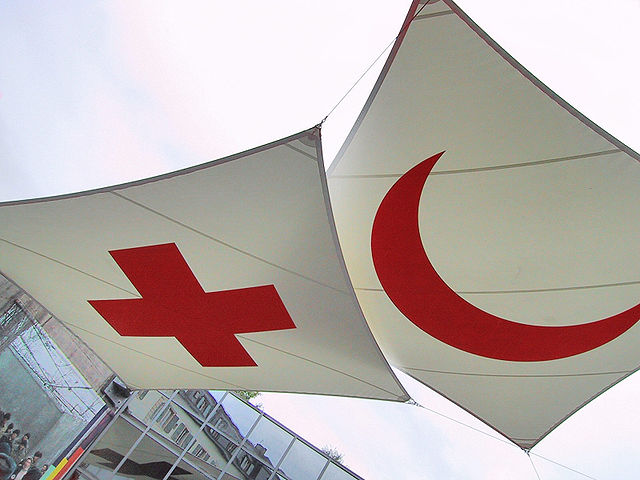 Visit the roots of the longest-running humanitarian initiative. The Red Cross was born in Geneva and has gone on to be one of the most recognized non-profit organizations dedicated to uplifting the lives of millions of people around the world.

The International Red Cross and Red Crescent Museum showcases the history of the organization, including groundbreaking work that shows the best and worst sides of humanity. It doesn’t shy away from displaying harrowing images of the world’s disasters, both natural and man-made. The museum, which is also one of the largest in Switzerland, promises to be memorable and impactful, especially in the backdrop of the world’s numerous challenges in recent months. 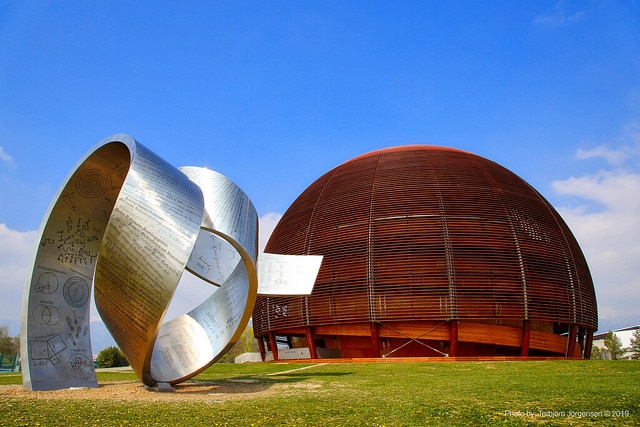 Visit one of the world’s most important centers for science and discovery, CERN. There are various tours and exhibits that are open to the public talking about all the work that the center is focused on. They also have several interactive exhibits that help younger visitors grasp more complex scientific concepts.

Fans of sci-fi movies and literature would have most likely heard of CERN already and the many machines housed in this institution. With good planning and timing, visitors can go inside the Large Hadron Collider (when it’s not switched on). The most popular part of CERN is the Globe of Science and Innovation, which is the center’s tribute to Earth and a symbol of science, particle physics, and technology. 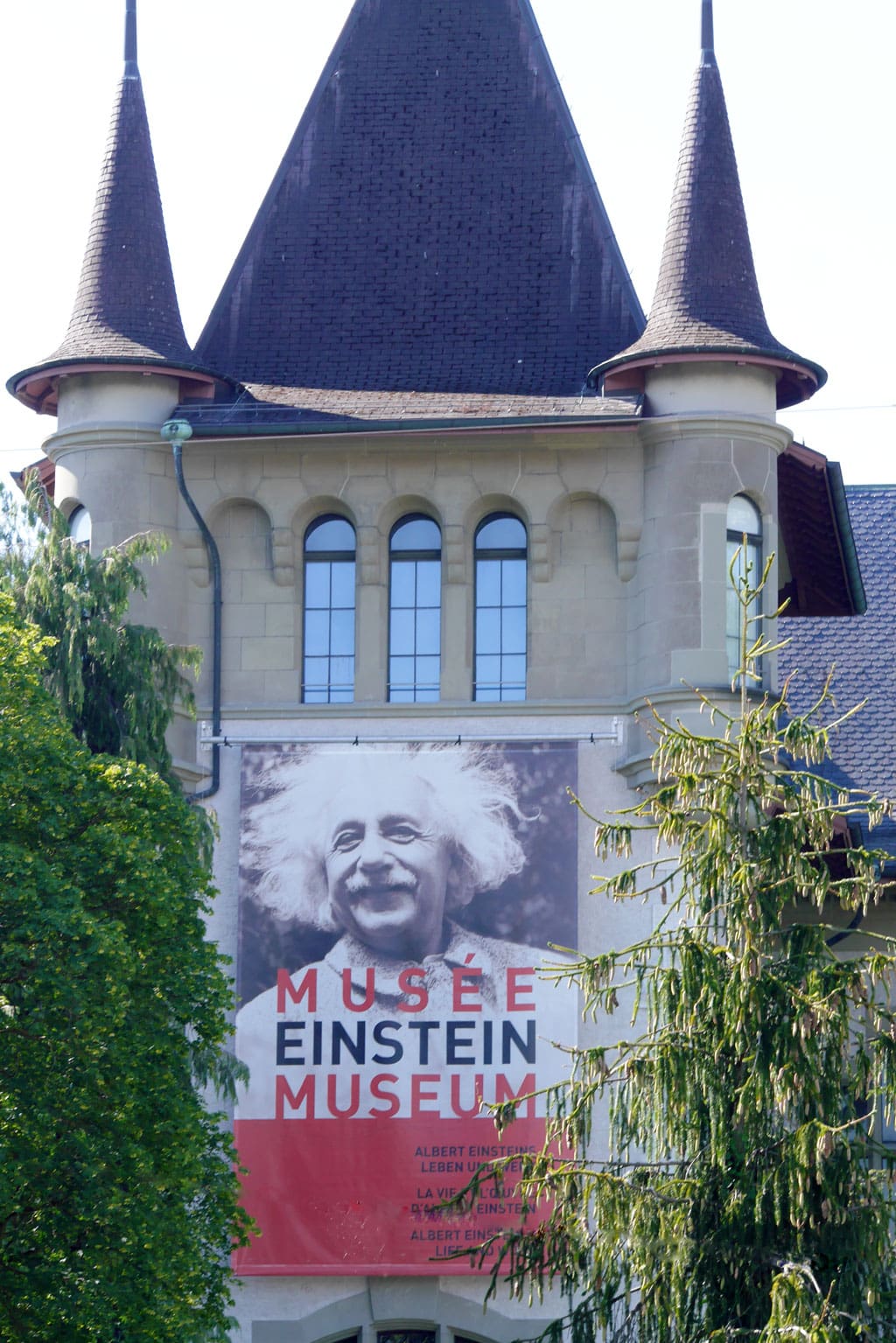 Switzerland has many museums all over the country, but the Einstein Museum is a one of a kind. After all, where else in the world can you find a museum devoted to the man who discovered General Relativity, Special Relativity, and who’s hair is recognizable from a mile away (just look at the picture above!). Oh, and don’t forget that he came up with the idea for special relativity while riding a tram to work in Bern.

The museum houses a wide array of collections dedicated to Einstein, his life, his work, and his genius. The museum boasts over 550 original objects and replicas, as well as 70 unique films and covers a range of topics around his work and life too. Such displays as those on the Holocaust and the dropping of the first atomic bomb on Hiroshima are some of the most moving displays. Especially since Einstein was originally born in Germany and his work had a huge effect on the development of the bomb. Remember e=mc2? 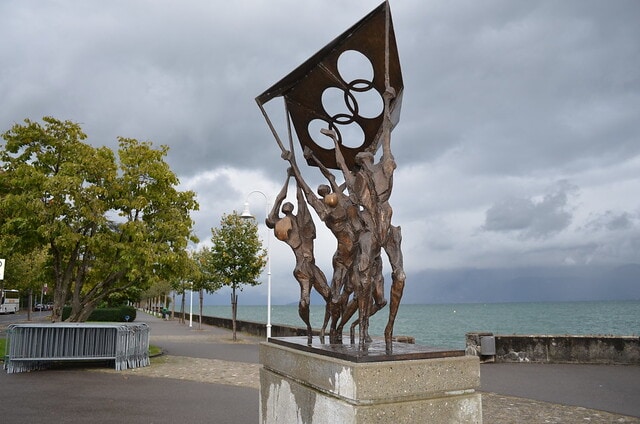 There is a museum inside the home of the IOC. Source: Photo by eGuide Travel on Foter.com / CC BY

Founded in 1993 in the home of the International Olympic Committee, Musee Olympique tells the story of the Olympic movement in the gorgeous and posh setting on the shores of Lake Geneva in Ouchy. The exhibits are spread over three floors, showcasing the beginning of the games from ancient Greece all the way to the important Olympic milestones of modern times. There are thousands of video clips to watch, all of which documenting many turning points in sports history.

There are several artifacts in the museum as well, including Olympic paraphernalia or sporting gear of famous athletes. The third floor of the museum is also an interactive floor where visitors can test their skills in some Olympic games. 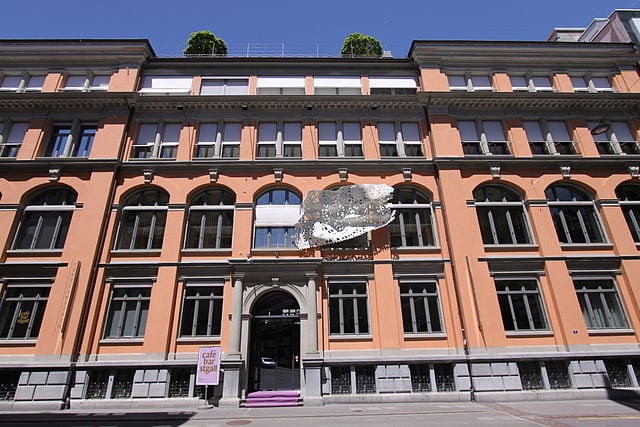 The Textile Museum has a large and collection from around the globe.
Source: WWHenderson20 / CC BY-SA

St. Gallen’s Textile Museum is another one of the most popular and unique museums in Switzerland. It’s a retelling of fashion history and the evolution of textile fabric and patterns throughout the centuries. More than clothing, however, the museum tells of an important story of the town’s rise to prosperity thanks mainly to the textile industry.

The collection has 30,00 textile items and samples, including fabric from Egyptian gravesites, 14th-century embroideries, and ethnographic textiles. The craftsmanship that goes into producing these textiles also speaks of the artistry of their makers, which hail from all over the world. 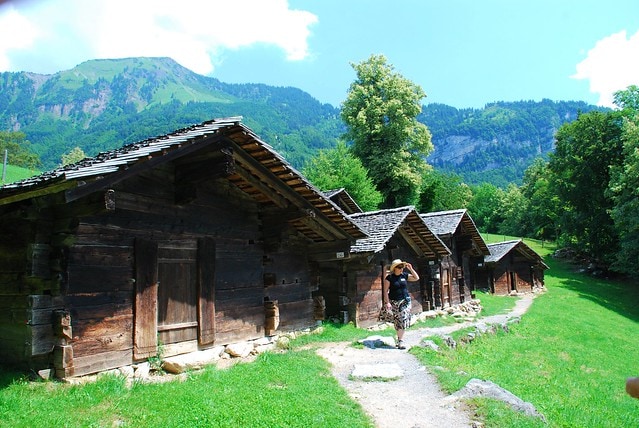 You can experience what life was like in Switzerland in the past at the Open Air Museum. Source: Photo by The Ewan on Foter.com / CC BY-SA

Not all museums are housed in buildings. The Swiss Open-Air Museum in Ballenberg allows visitors to walk through and around over 100 rural houses and farm buildings sourced from all over Switzerland. All the structures in the museum are original, deconstructed from its original site, and reconstructed in Ballenberg. It’s the closest visitors can get to relive the life of Swiss people in ancient times.

There are around 250 animals that roam around the grounds, adding another layer of authenticity to the place. Aside from the structures, the museum also has gardens, meadows, and pastures that are built according to historical models to give visitors a glimpse of rural Switzerland in the olden times. 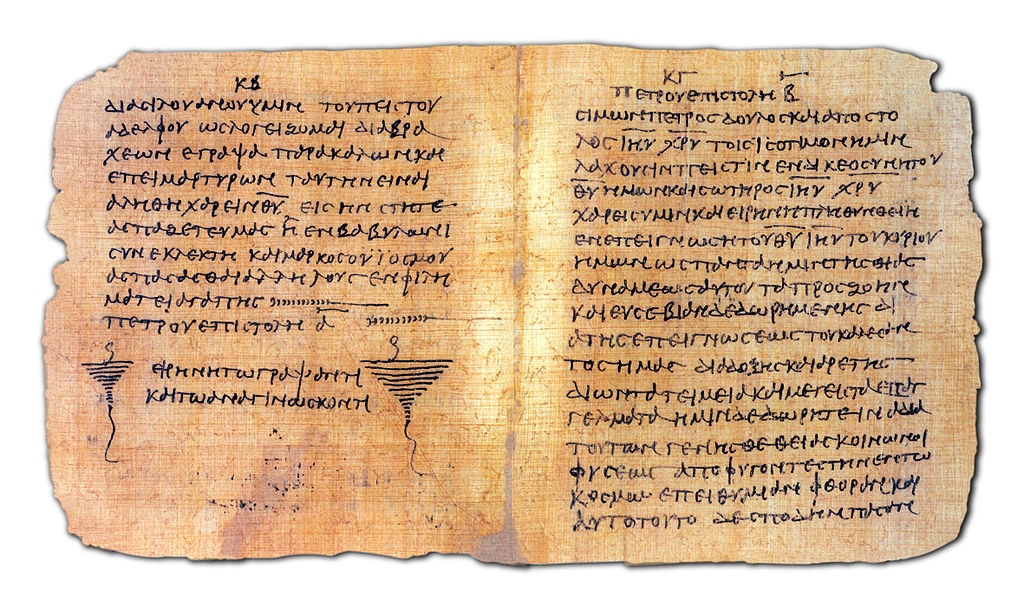 The Bodmer Museum is a collection of civilization’s evolution since the invention of writing 5,000 years ago. One of the most crucial inventions of mankind, there are examples of different languages and images used in writing on papyrus, manuscripts, and first edition manuscripts. All these were collected by Martin Bodmer, a famous Swiss bibliophile, and scholar.

Bodmer started his collection as a library, which he envisioned to be exhibited as a museum to showcase an important facet of mankind’s evolution. The museum was designed by architect Mario Botta and was officially opened to the public in 2003. 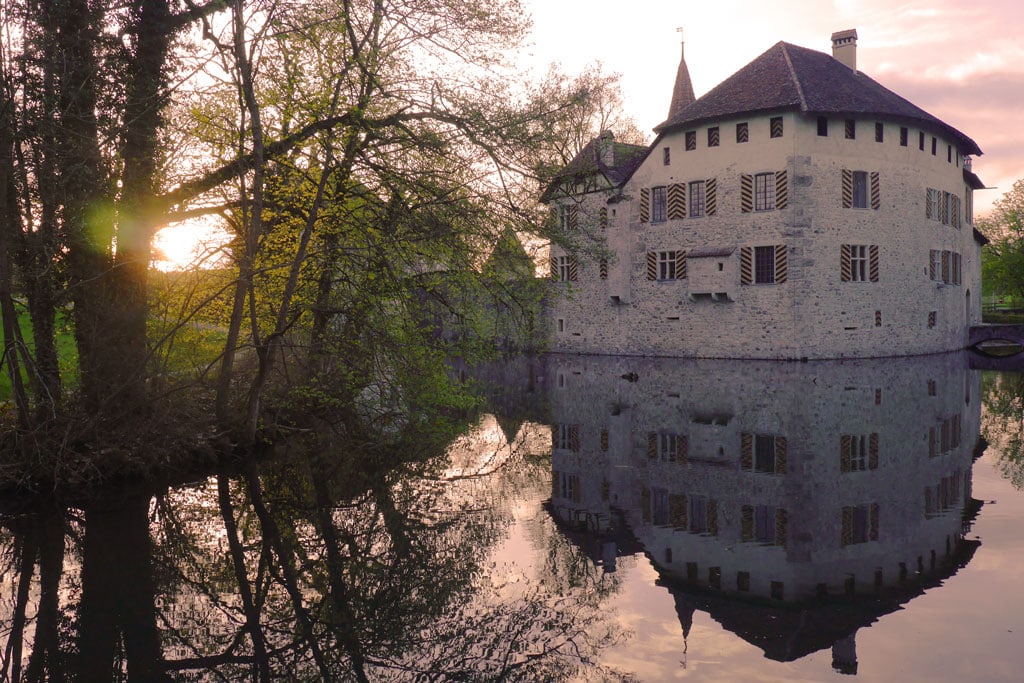 Schloss Hallwyl, one of the castles that makes up Museum Aargau.

The Aargau Museum is a magnificent collection of structures that let visitors learn and experience history right where it happened. The museum in itself is a collection of places that includes four castles (Lenzburg, Hallwyl, Wildegg, and Habsburg), the Königsfelden monastery, the Legionnaire’s Path and museum at the Roman camp of Vindonissa, the Egliswil collection center, and the industrial culture TOUR Abach.

Each of the structures serves as a monument to a long history. The Lenzburg castle is one of Switzerland’s largest hilltop fortresses and is now a museum on knighthood and nobility, an authentic prison, and a history studio.

Needless to say, the whole Aargau Museum is expansive as it is immersive. All the castles are surrounded by lush gardens and vineyards housing artifacts and exhibits from 11 generations of counts, dukes, and adventurers. Within each castle are even more buildings, even more gardens, and even more farms. The Wildegg Castle in particular has exhibits about historic horticulture.

The monastery and the Roman camp speak of more medieval and ancient times as once Roman territories. The monastery’s 14th century stained glass windows are some of Europe’s finest works of art with its intact images. It’s now open to the public for cultural shows and performances. The Roman camp, on the other hand, is now an adventure park where visitors can relive the lives of the legionnaires.

As you can see, there are some unique Swiss museums. This map shows the location of the ones on our list.

Have you visited any of these famous museums in Switzerland? I would love to hear about your experience. 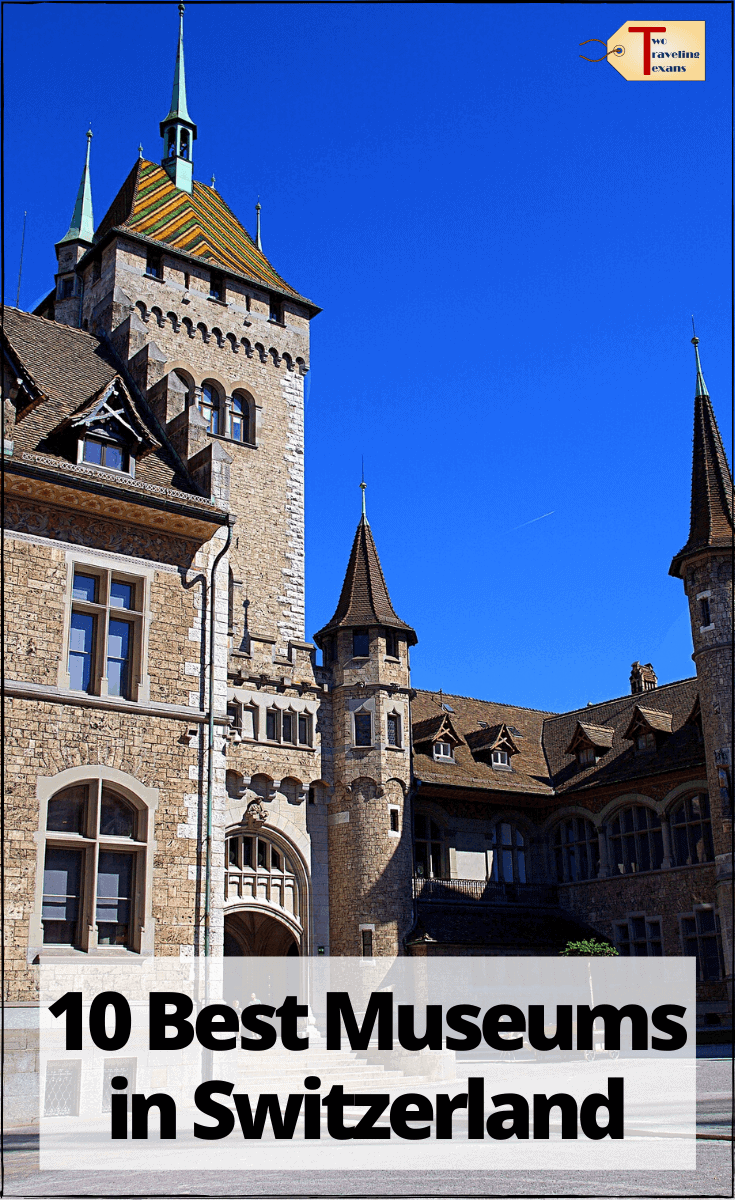 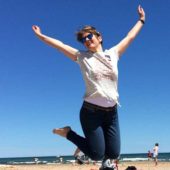 Anna was born to travel the world having studied languages all her life. Although she has traveled the world, she now calls Switzerland home and spends her time writing about her experiences on Expert World Travel. Follow Anna on Facebook, Twitter, and Pinterest. 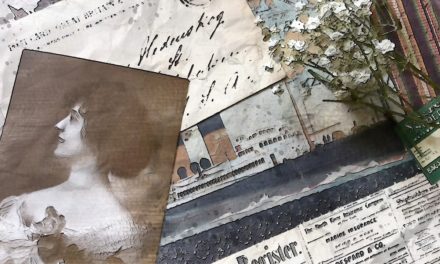 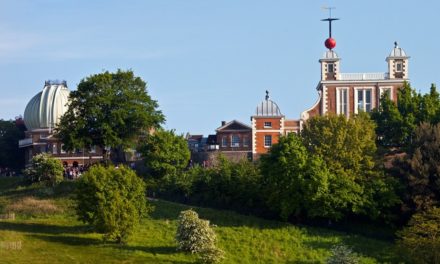 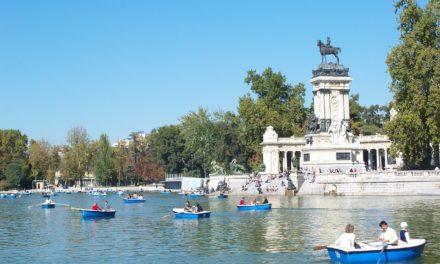 14 Top Things To See and Do in Madrid 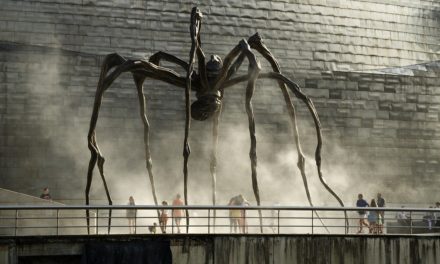